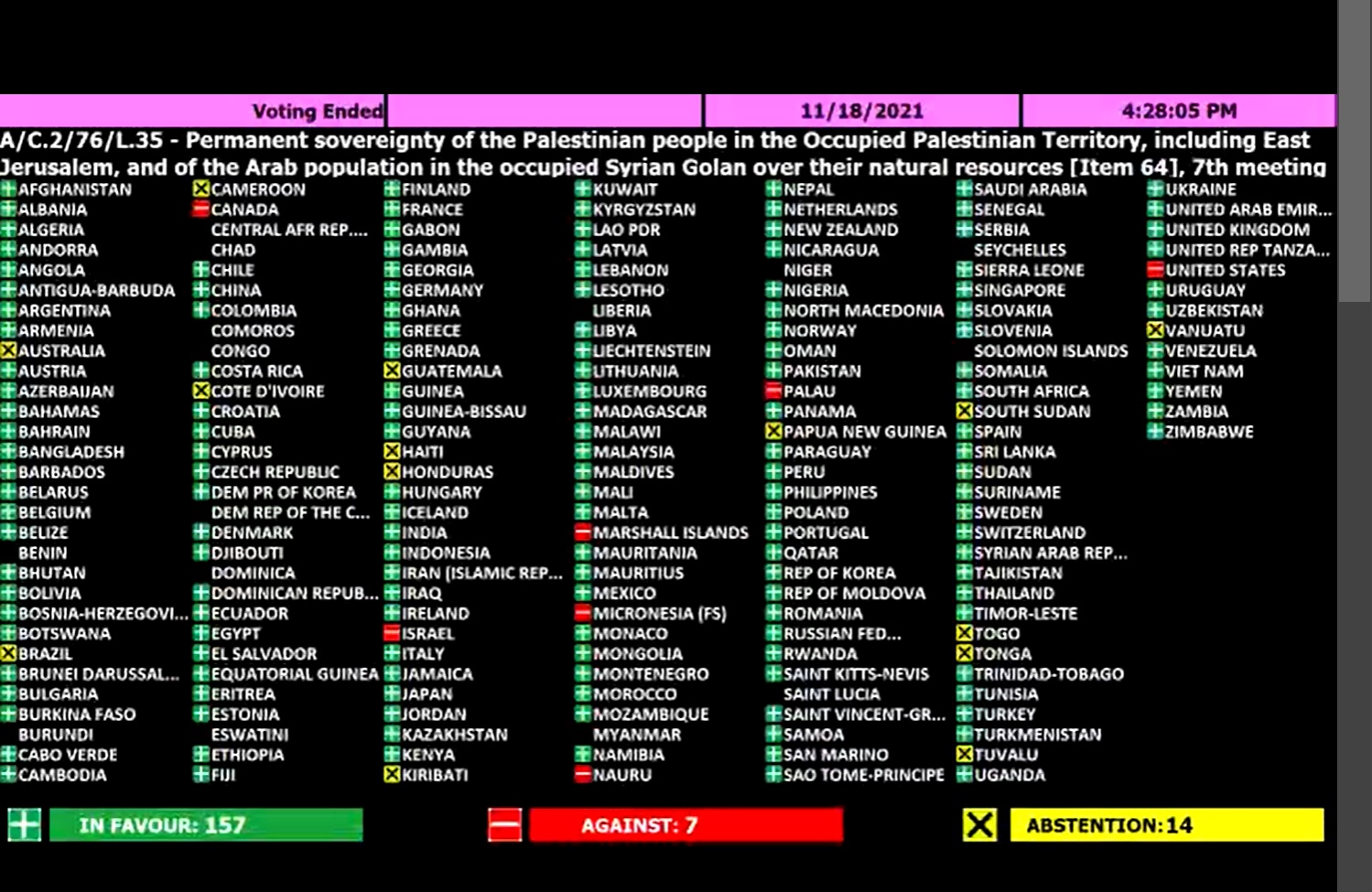 Al-Malki welcomed in a press statement the vote of the Second Committee of the United Nations General Assembly (UNGA) in favor of the draft on “Permanent sovereignty of the Palestinian people in the Occupied Palestinian Territory, including East Jerusalem and of the Arab population in the occupied Syrian Golan over their natural resources”.

“Voting in favour of this resolution affirms the rights of the Palestinian people and their sovereignty over their natural resources, including land, water and energy resources,” he said in the statement.

He thanked all states that voted in favor of the motion and called on those states that voted against it and abstained from voting to “reconsider their positions, taking into account the provisions of international resolutions regarding ensuring and guaranteeing the Palestinian people’s inalienable and eternal rights to their land.”

The motion was approved in a recorded vote of 157 in favour and 7 against (Canada, Israel, Marshall Islands, Federated States of Micronesia, Nauru, Palau, United States), with 14 abstentions.

The UNGA committee demanded “that Israel, the occupying Power, cease the exploitation, damage, cause of loss or depletion and endangerment of natural resources in the Occupied Palestinian Territory, including East Jerusalem, and in the occupied Syrian Golan.”

It also “called on Israel, the occupying Power, to halt all actions, including those by Israeli settlers, harming the environment, including the dumping of all kinds of waste materials, in the Occupied Palestinian Territory, including East Jerusalem, and in the occupied Syrian Golan, which gravely threaten their water and land resources, posing an environmental, sanitation and health threat to civilian populations.”

Palestine’s Permanent Observer to the United Nations, Riyad Mansour, said approval of the draft represents the international community’s clear commitment to international law and rights of Palestinians and the people of the Syrian Golan over their natural resources.

He added called on the international community to demand an end to Israeli occupation of Palestinian land, stressing that strong action is needed to bring Israel in line with its legal obligations and United Nations resolutions.