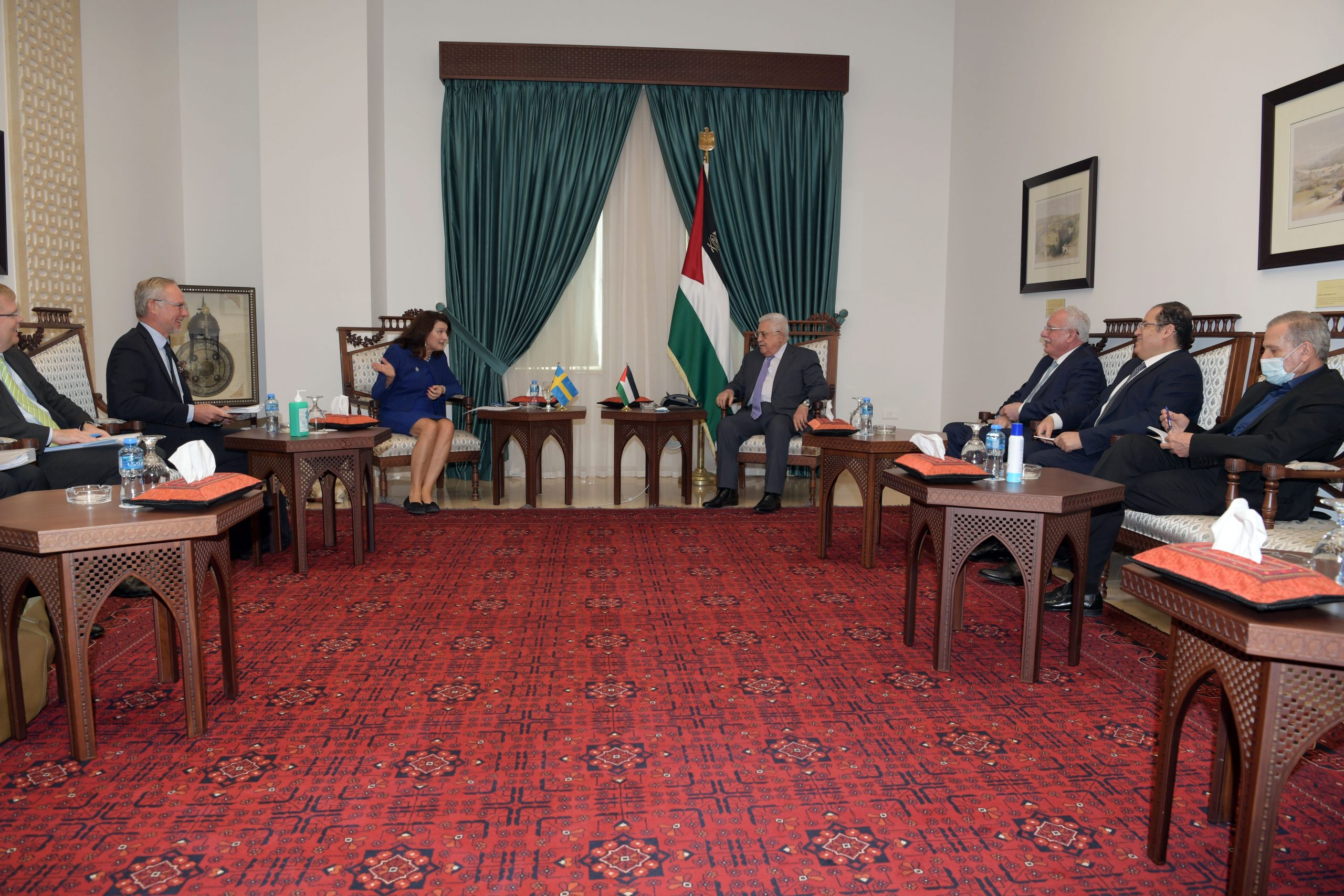 Speaking during a meeting with Sweden’s Foreign Minister Ann Linde at the presidential headquarters in Ramallah, President Abbas briefed Linde on the latest developments on the Palestinian arena while pointing that the present situation is untenable due to Israel’s insistence on proceeding with its settler-colonialist and repressive policies against the Palestinian people.

He stressed the need to bring about comprehensive calm, halt all acts of aggression against the Palestinian people in Jerusalem and throughout the West Bank and Gaza, implement the signed agreements and confidence-building measures and move immediately to a peace process under the International Quartet’s sponsorship and in line with the United Nations resolutions conducive to ending the Israeli occupation and establish the Palestinian state, with East Jerusalem as its capital, on the basis of the pre-1967 borders.

He expressed his gratitude to Sweden for its positions supporting the Palestinian people and its legitimate rights, which culminated in the Swedish government’s 2014 recognition of the Palestinian state, as well as for its support to the Palestinian question in international forums and during the terms of its UNSC membership.

The top Swedish diplomat reiterated her country’s positions in support of bringing about peace and stability in accordance with the vision of a negotiated two-state solution.

Linde, who is undertaking the first-of-its-kind visit to Palestine as foreign minister, also separately met with her Palestinian counterpart, Riyad Malki.