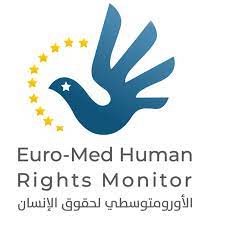 Euro-Med Monitor at HRC: Gazans are poisoned slowly as 97% of Gaza’s water undrinkable

Euro-Mediterranean Human Rights Monitor and the Global Institute for Water, Environment and Health (GIWEH) said in a joint oral statement during the 48th session of Human Rights Council (HRC) that the long-term Israeli blockade has caused a serious deterioration of water security in Gaza, making 97% of the water contaminated, while the residents of the besieged enclave are forced to witness the slow poisoning.

Euro-Med Monitor and GIWEH talked in their statement about the severe deterioration in the Gaza Strip’s water security, mainly due to Israel’s prolonged siege, punctuated by periodic military assaults.

It’s now well established that 97% of Gaza’s water has become contaminated; a situation made substantially worse by an acute electricity crisis that stifles the operation of water wells and sewage treatment plants, leading about 80% of Gaza’s untreated sewage to be discharged into the sea while 20% seeps into underground water, said the joint statement.

Further compounding this water crisis is Israel’s attacks on Gaza last May that substantially pounded the enclave’s already decaying infrastructure, especially in the water sector, it said.

“This water crisis presents a serious threat to the beleaguered population’s health, where recent data indicates that about a quarter of the diseases spread in Gaza are caused by water pollution, and 12% of the deaths of young children and infants are linked to intestinal diseases related to contaminated water.”

So, in complete: a civilian population caged in a toxic slum from birth to death are forced to witness the slow poisoning of their children and loved ones by the water they drink and likely the soil in which they harvest, endlessly, with no change in sight, added the statement.

“There is no possible justification whatsoever for this situation.”

It’s incumbent on the occupying authority and international community to fully guarantee Gazans’ right to water security, the statement concluded.