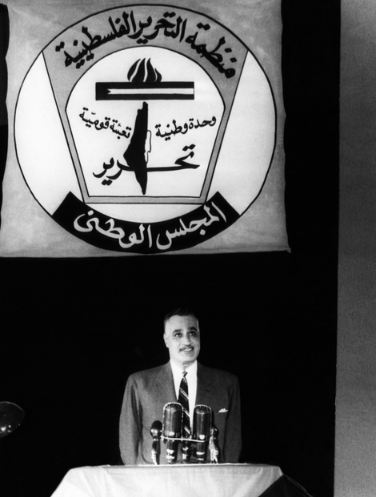 Gamal Abdel Nasser was born in Alexandria on 15 Januray 1918 to a family that came from Assiut Governorate. He was brought up and educated in Alexandria and Cairo.

He graduated from the Military Academy in 1938 and was appointed as an officer in Infantry in Assiut. Participated in 1948 Palestine War and was besieged with his troop in Al Falouga. He organized the Free Officers Movement. He became Prime Minister in 1954.

In 1956, a referendum was conducted on the new constitution and on electing Gamal Abdel Nasser president of the Republic. 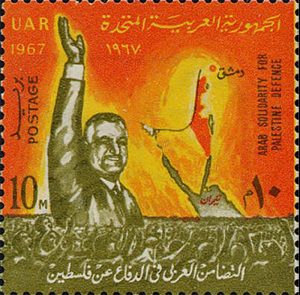 He nationalized the Suez Canal on July 26, 1956 which led to the tripartite aggression against Egypt. He inaugurated the first People’s Assembly on July 22, 1957.

He became the President of the United Arab Republic which was established between Egypt and Syria in February 1958 and continued until September 1961. He issued the Agrarian Reform Law to eliminate feudalism.

He issued a wide range of resolutions in July 1961 among which were limiting agricultural land ownership to 100 feddans per family; nationalizing the major institutions; and granting the workers and the peasants several rights. He died on September 28, 1970.

Gamal Abdel Nasser put the Palestinian cause at the forefront of his interests, Nasser’s Palestine policy seemed to have full embrace and support. Abdel Nasser was one of the most interested leaders of the Palestine cause, considering it a part of the Egyptian security, not just an cause, so it was seen as a part of Egypt. So his call for Khartoum Resolution known as “The Three No’s”, which raised the slogan “No peace with Israel, no recognition of Israel, no negotiations with Israel “. Egypt also had a great role in unifying the Palestinian ranks through the proposal to establish the Palestine Liberation Organization (PLO).

Egyptian president Gamal Abdel Nasser remains a celebrated figure for his staunch championing of pan-Arabism in general and the Palestinian cause in particular.