BREAKING NEWS
Home Reports Haaretz: What the Israeli Public Really Thinks About Annexation, From 1967 to Today 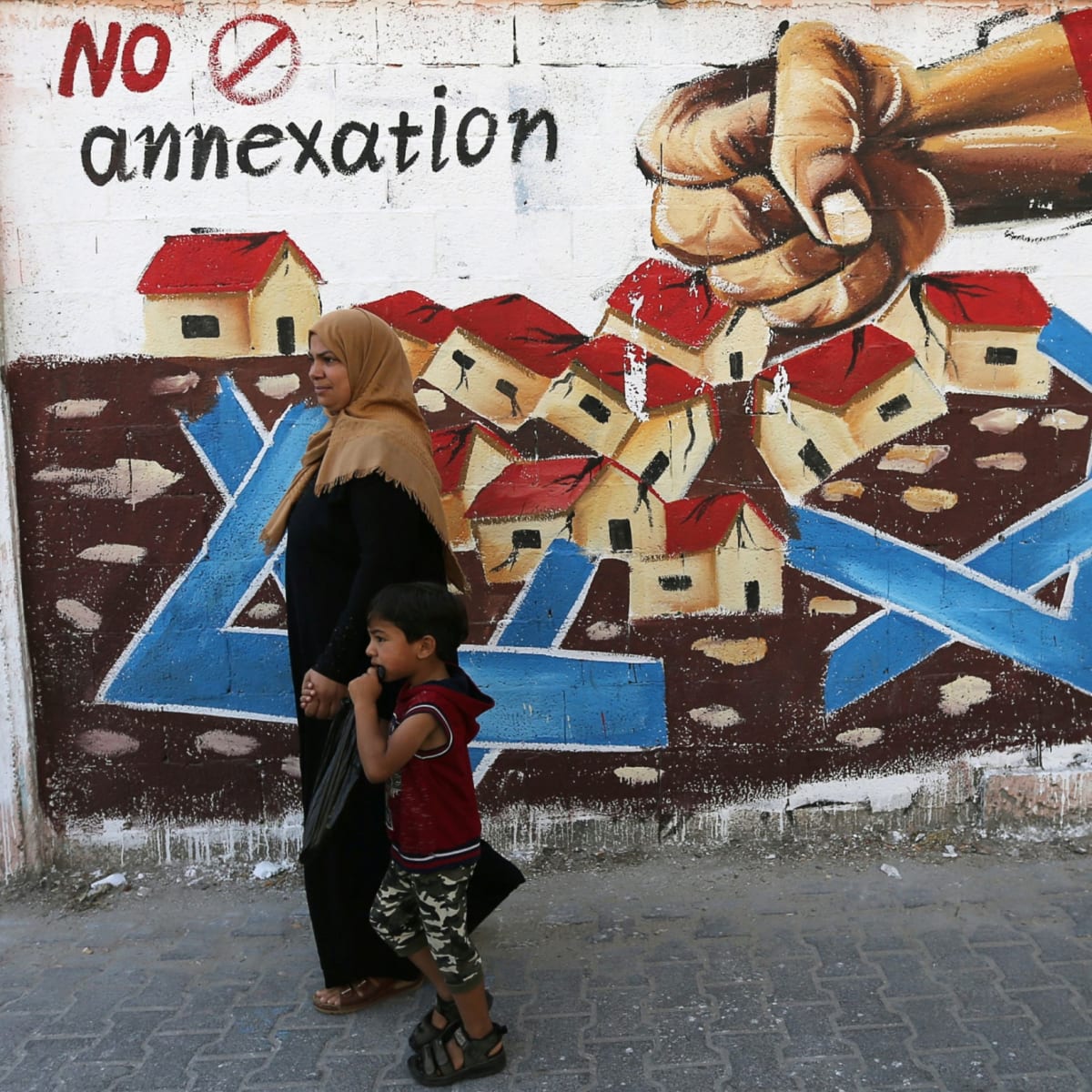 Haaretz: What the Israeli Public Really Thinks About Annexation, From 1967 to Today

In case you didn’t notice, July 1 came and went without the Israeli government implementing Prime Minister Benjamin Netanyahu’s plan to annex parts of the West Bank.

Although annexation faced substantial political opposition both at home and abroad (mainly in Washington, with Netanyahu telling Likud members this week he is waiting for a green light from the Trump administration), a large part of the Israeli public was simply indifferent to the subject. Its members have more urgent issues vying for their attention right now. Even so, polling shows that among those who had an opinion, on average, only about half were in favor of unilateral annexation of any scope.

A late-2019 poll by the Institute for National Security Studies, for example, showed 55 percent of Israelis in favor of annexation of some form, with the largest fraction, 26 percent, believing it should only take in the so-called settlement blocs (where most Jewish settlement is concentrated). By June, the Guttman Center for Public Opinion and Policy Research at the Israel Democracy Institute found only 46 percent in favor of annexation in any form, while a survey undertaken by the Geneva Initiative put support at 32.2 percent – a number that went down to 20 percent when those polled were asked to imagine that annexation would seriously risk harming Israel’s diplomatic relations with Egypt and Jordan.

Even those who want to see all of [the West Bank] as an integral part of Israel are aware of the consequences [of unilateral action],” observed Guttman Center Academic Director Prof. Tamar Hermann at the time.

“Israelis know that if they don’t give Palestinians rights, the price would be very costly, in terms of international opinion and international law,” she said. “So, if you don’t want to give them rights [a large portion of the public seem to be saying], then don’t annex; it’s best to leave things as they are now.”

According to political scientist and pollster Dahlia Scheindlin, even if people are not “taking to the streets to demand the two-state solution, a lot of people are uncomfortable with the annexation plan.”

They have many reasons for concern, she suggests. “They’ve heard it may cause escalation or violence on the security level. They understand it could make problems with the U.S. – nobody’s really sure if the U.S. supports it or not. It could mess up relations with the Gulf states, which are starting to deepen, and Europe doesn’t like it.

her own annexation-related survey, Scheindlin didn’t give respondents the option of expressing “no opinion,” and they were split almost half and half: 48 percent were either “somewhat” or “strongly” in favor of annexation, and 52 percent opposed it either somewhat or strongly.

In her poll, as with the others cited, there was a strong correlation between respondents identifying themselves as religiously observant and their support for annexation.

In any event, the public did not share the urgency that Netanyahu apparently felt for unilateral action in the occupied territories, considering the many other challenges facing the country now. Reflecting that indifference, the Geneva Initiative poll found that only 3.5 percent listed annexation among their top two priorities – as compared with 42 percent who ranked the economy among their highest concerns, 24.6 percent for health issues and 17.4 percent for security.

Still, the annexation comet could make another appearance in the skies over Israel one of these days. Even if it doesn’t, the recent sighting is a reminder that 53 years after the start of the occupation, Israelis have never decisively sought to arrive at a national consensus regarding what they would like to see happen with the territories. With the Jewish settlements. With the nearly 3 million Palestinians living in the West Bank.

A similar ambivalence can be observed among successive Israeli governments. On the one hand, a natural instinct to settle and build wherever possible in the historic “Land of Israel” has characterized them all, but it is in tandem with an awareness of international law, of American warnings against unilateral action, and widespread understanding that any hope of peace with the Arab world would likely be dependent on Israeli withdrawal from all or part of the territories.

When the Six-Day War broke out in June 1967, Israel was governed by an emergency unity coalition. But that coalition was led by then-Prime Minister Levi Eshkol, whose left-wing Alignment (forerunner to the Labor Party) dominated the cabinet.

On June 12, 1967, Eshkol received a memo from Shlomo Hillel in which the latter, at the time the head of the Foreign Ministry’s Arab Desk, laid out the various options he saw for the future of the West Bank and Gaza Strip – territories the state had just conquered. In the top secret memo, Hillel, who went on to serve as a government minister and as Knesset speaker, recommended against the possibility of an Israeli withdrawal from any part of the territories. Instead, he urged Eshkol to consider “annexation of the West Bank and Gaza Strip in their entirety.”

Hillel didn’t say it openly, but implicit in his memo (found by historian Adam Raz of the Akevot Institute for Israeli-Palestinian Conflict Research) was that with the proposed annexation, the Palestinians of the West Bank and Gaza – who then totaled a little over 1 million – would be offered the opportunity to become citizens or permanent residents of Israel. These were the options offered to the Arabs living in East Jerusalem and the Golan Heights, both of which were annexed by Israel (the former almost immediately; the latter in 1981).

About a month after receiving Hillel’s memo, Eshkol was sent the first of four memoranda by Eliyahu Sasson, who headed the Jewish Agency’s Arab department. (To date, Raz has tracked down three of the four memos, and published them on the Akevot website.) In them, Sasson makes the case against annexation, and even promotes the idea, as he later described it, of “an appropriate and fitting solution to [the Palestinian] problem … whether in the form of an independent Palestinian state, or an autonomous entity that would be connected by agreement with Israel or with Jordan.”

As we know, Eshkol adopted neither of those proposals. Instead, he and his cabinet agreed not to declare any definitive policy publicly, even as they began that same summer to create facts on the ground in the territories. It came naturally to them.