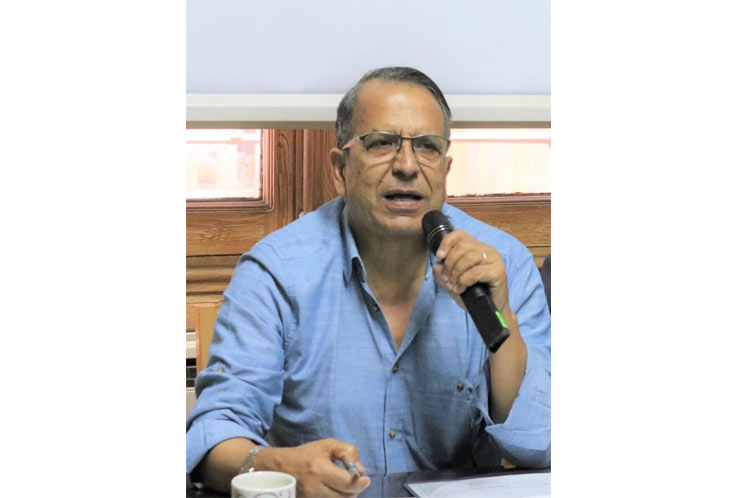 The Secretary-general of Fatah movement in Egypt, Dr. Mohamed Ghareeb, said today that actions against israeli annexation of the West Bank will continue, including protests, and media campaigns.

Speaking to Prensa Latina, Dr. Ghareeb said that it is impossible to predict the popular reaction in the event that Prime Minister Benjamin Netanyahu officially announces the annexation of those Palestinian lands to Israel.

Dr. Ghareeb affirmed the act of this nature would have consequences that we cannot accurately glimpse from now on, who previously warned that in such a case the third intifada could be broke out as a spontaneous response from the people.

Last Monday thousands of Palestinians rallied in the city of Jericho, and they were accompanied by representatives of multilateral organizations such as the United Nations (UN), the European Union and ambassadors from various nations.

” Despite the fact that Israeli forces prevented the arrival of hundreds of people who wanted to join their voices in the demonstration, the message of rejection transcended all barriers” he added.

Such mobilizations in defense of our rights can multiply and would have the support of much of the international community, Dr.Ghareeb emphasized.

The adresses of the UN coordinator for the peace process in the Middle East, Nickolay Mladenov, of the ambassadors of Russia, Japan, Jordan were forceful, all expressions of the global condemnation of the expansionist claims of Tel Aviv, which could be carried in fact, starting next July, he added. We must support the path of a political solution to the long conflict and oppose unilateral actions, Mladenov insisted during the recent concentration.

With a similar position regarding the illegality of said program, the representative of the European Union in Gaza and the West Bank, Sven Kuhn von Burgsdorff, confirmed that they will not recognize Israel’s sovereignty over the occupied territories.

Additionally, he expressed that the project promoted by Netanyahu would cause real and irreparable damage to the prospect of a solution based on the vision of two states capable of coexisting peacefully, with mutual recognition.

The unresolved core problems (borders, Jerusalem status and refugees) must be resolved in the course of direct negotiations, he said.

Meanwhile Mladenov stressed in his speech that, if the annexation of some parts of the West Bank is implemented he will eliminate the dream of reaching a scenario of peace in the region and emphasized the urgency of establishing a Palestinian state with the pre-1967 borders, Ghareeb stressed. .

In subsequent messages, the President of the Palestinian Authority (PA), Mahmoud Abbas, condemned what he considers a usurper of Tel Aviv in line with the Agreement of the Century presented last January by Donald Trump.

He grants this people limited autonomy within a discontinuous homeland, leaves the Jordan Valley in the hands of the Zionist regime and declares Jerusalem -claimed by both sides- as the indivisible capital of Israel!

The protest in Jericho on Monday was the first in a series of protests called by Al-Fatah under the slogan of ‘Peaceful Meeting to Face Annexation’.

The initial intifada or revolt of the stones (an defensive element of Palestinian youths) arose in 1987 to confront the Israeli occupation and the unsustainable conditions derived from it, such as movement restrictions and systematic repression of the civilian population, followed by another in 2000.

Our people, who are under permanent siege, arbitrary and aggressive measures, will do everything possible to stop Israel’s plundering program, but they need solidarity as never before, Ghareeb said.