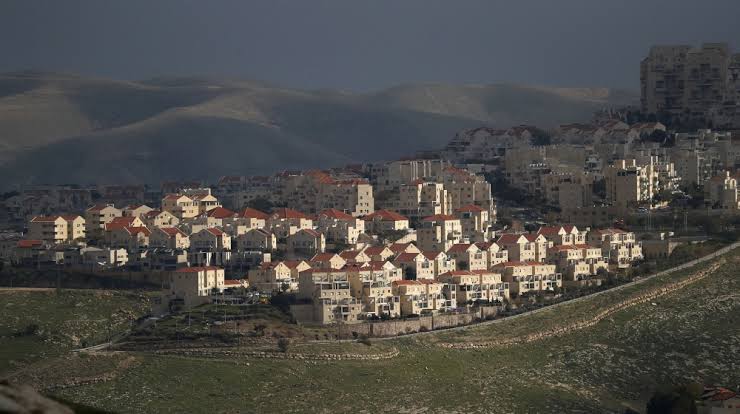 The New York Times: Annexing the West Bank Is a Brazen Violation of International Law

For his next act, after surviving a yearlong political struggle that he needed three national elections and a health crisis to overcome, Prime Minister Benjamin Netanyahu of Israel has announced that on July 1 he will start the process to annex Jewish settlements and the Jordan Valley in the West Bank, as he pledged to do in his campaign.

Though the settlements have been steadily expanded over many decades, and the Jordan Valley is under effective Israeli military control, there are many reasons actual annexation is a bad idea.

The main reason is that the West Bank is regarded by international organizations and most of the world as occupied territory, and the Jewish settlements as illegal under the Geneva Convention. To Israeli nationalists, however, the West Bank is Judea and Samaria, the biblical homeland of the Jews. Israel holds that the Geneva Convention does not apply because there had been no Palestinian state in the West Bank, and because none of the settlers were “deported or transferred” to the territory, in the language of the convention.

Still, annexation would be condemned as illegal by the United Nations and all major states except for the United States. Previous administrations generally avoided taking a position on the legality of the settlements, preferring to call them “an obstacle to peace” and maintaining that ownership should be resolved in the context of a peace settlement.

Last November, however, the Trump administration expressly declared that the United States considered the settlements not “inconsistent with international law,” effectively throwing the administration’s lot with Israeli nationalists.

But while the Trump administration would give annexation its blessing, Joe Biden has declared that he would reverse that position if elected president.

The annexation would render the West Bank into a patchwork of simmering, unstable Bantustans, forever threatening a new intifada. It would further weaken Israel’s support in the Democratic Party and among American youth. It may destabilize Jordan, a country where Palestinians form the majority, and it could strain Israel’s new ties with Sunni Arab states.

It could also end what security cooperation still exists between Israel and the Palestinian Authority. The Palestinian president, Mahmoud Abbas, has declared that with the talk of annexation, he is “absolved” of all the agreements signed with Israel and the United States. And though this is not the first time he mooted a break, his tenure is nearing an end. His successor would most likely be more militant. And if the Palestinian Authority collapses altogether, whether in an eruption of violence or a nonviolent act of mass protest, Israel would be forced to confront the question of how to control a large population lacking the rights of citizens, an unsavory, dangerous and costly task that no Israeli would like to reclaim.

No doubt Mr. Netanyahu believes his reasons for annexation outweigh these dangers. Throughout his tenure as prime minister, he has expanded Jewish settlement in the West Bank, and the regions he would now annex, including the Jordan Valley, have become integral parts of Israel in all but name. There have been no negotiations for at least two years, and, in the eyes of Israeli conservatives, the two-state solution that has long been declared the goal is dead.

Having served longer than any prime minister in Israeli history, Mr. Netanyahu probably believes the expansion of the Jewish state in the biblical Hebrew lands of Judea and Samaria would become his legacy, and the new baseline for any future negotiations. And he is keenly aware that the Trump administration, which has basically granted him and the Israeli right wing all their wishes — a United States Embassy in Jerusalem, an announcement that the United States will no longer regard Jewish settlements as illegal, and acceptance of Israeli control over the Golan Heights and expanded Jewish settlements on occupied territory — offers a particular opportunity to extend Israeli sovereignty with American approval.

On the more tawdry political level, where Mr. Netanyahu thrives, annexation would cement for him the support of the Israeli right, and would cloak him with the mantle of a Jewish hero when he comes before the court in July to face corruption charges — a cloud that has figured heavily in his maneuvers. The Israeli left opposes the annexation, but Mr. Netanyahu’s erstwhile political challenger, the former army chief of staff Benny Gantz, who fought the prime minister to a stalemate in three national elections, is now allied with Mr. Netanyahu in a unity government and has no veto over annexation.

Mr. Trump has his own considerations. One of them is the evangelical right, which for reasons of its own zealously supports Israeli expansion, and is a critical part of the president’s re-election arithmetic. Mr. Trump would be most reluctant to buck this following by openly challenging Mr. Netanyahu, even if he was so inclined.

But the administration has its own interest in slowing Mr. Netanyahu down, and that’s the peace plan Mr. Trump’s son-in-law, Jared Kushner, produced in January. It’s a one-sided plan that basically gives Israel all the lands Mr. Netanyahu wants to annex, and it was rejected by the Palestinians, who had no part in its creation. But the plan at least envisions an Israeli expansion in the context of a peace agreement in which the Palestinians receive a huge amount of financial aid and the promise of connection routes among their enclaves. A unilateral Israeli move would be an embarrassing repudiation of Mr. Trump’s boasts that he has the key to a peace deal.

And if Mr. Netanyahu really is thinking of his legacy, he should take seriously that Mr. Trump may not be president next year and he would be left holding a territorial claim nobody recognizes, not even Israel’s closest and most important friend. While Mr. Biden, a strong supporter of Israel, has said he would not reduce America’s security support for Israel, breaking with Mr. Netanyahu over the West Bank could seriously diminish America’s traditionally bipartisan support for Israel.

For what? For a symbolic gesture that would not make the settlements any more legitimate in international law than before, but would raise the threat of violence, undermine Israel’s standing in the world, harm Israel’s tentative alliances with Arab states, and further reduce the already thin chance of a peace settlement, which remains the only way to end this terrible conflict.