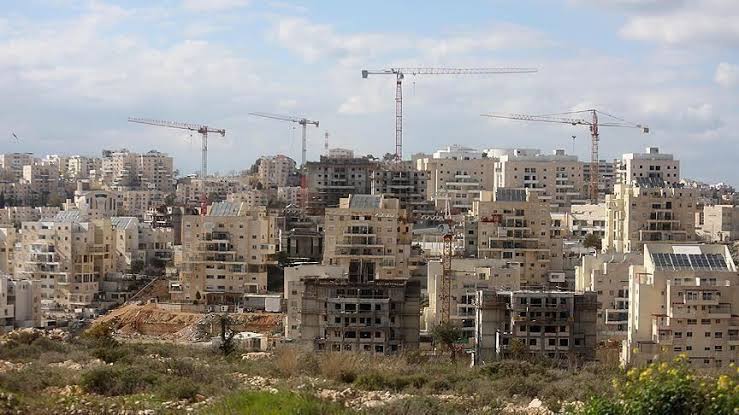 Palestinians appeal to world to confront Israeli threats of annexation

As a step in the efforts to confront Israeli threats to annex Palestinian territories, a coalition of Palestinian bodies and organizations have issued an “Appeal from Palestine to the Peoples and States of the World” calling on the international community to take all necessary and serious measures and actions to confront such threats.

Signatories to the Appeal have now reached more than 1,000 unofficial Palestinian personalities from all walks of life and all places of residence. Among the signatories are former officials, including three former prime ministers, former ministers, leaders of Palestinian parties and factions, people close to the national and Islamic forces, and local, feminist, religious, and academic personalities, businessmen and businesswomen, artists, writers, and activists in different fields.

“For many years, Israel has remained an occupying power, occupying the territory of another state and controlling its people. It is a colonial state enforcing settler colonialism, including confiscating land, transferring its population to the territory it is occupying, and enacting a separate living system therein. It is a State that commits grave violations of international law, including international humanitarian law and human rights law,” said the appeal.

“It is a State that denies the Palestinian people their right to self-determination and national independence and denies the rights of Palestine refugees, including their right to return, ownership and compensation.

“It is a State that has ignored international will, rejected and violated all relevant United Nations resolutions and conventions.”

The Appeal said that the situation has recently worsened considerably. “We have seen an increasing Israeli shift toward extremism, fundamentalism and even fascism. We have also seen a complete reversal of concluded agreements and attempts to take settler colonialism to another level.

“Israeli officials have publicly voiced positions that reject the Palestinian people’s existence and national rights and confirm the desire to seize all of the Palestinian territory.”

The authors of the Appeal criticized the policies of the US administration of President Donald Trump saying it adopts Israel’s outrageous ideologies.

“Trump’s recently issued so-called ‘Vision for Peace, Prosperity and a Brighter Future for Israel and the Palestinian People’ is in fact not a peace plan, but rather an adoption of the outrageous ideologies that advance greater Israel, deny Palestinian national existence, and attempt to find possible solutions for the ‘Palestinian inhabitants’ in a disconnected entity that they can call a state – if they meet many additional and impossible conditions,” said the Appeal.

“The plan paves the way for Israel to annex large swathes of the West Bank, including the areas of illegal settlements, the Jordan Valley and northern Dead Sea, and areas west of the Wall – which the International Court of Justice affirmed the illegality of and the need to dismantle and make reparations for the damage caused by its construction in 2004.”

The Appeal said that Israel’s annexation plans “constitute a grave violation of the principles and relevant provisions of international law – even annul international law and the conduct of States, upon which the international system as a whole is based – extinguish the possibility of a negotiated settlement between the two sides, and thus inevitably provoke a long confrontation with catastrophic results.”

“It is the duty of the international community, its States, people and civil society organizations to confront this, prevent it from happening and, if it does, to take punitive and deterrent measures,” urged the Palestinian appeal, calling on states to not recognize any changes to the 1967 borders and commit to the principle of distinction between Israel and the Occupied Palestinian Territory, including East Jerusalem.

It also called for taking specific measures against settlements, settlers and settlement products, including preventing such products from entering their markets, confront the attempt by a few governments to criminalize the above measures or boycott of Israel calls, take punitive measures in regard to agreements with Israel in the event Israel takes any step to implement annexation, to extend recognition to the State of Palestine, on the 1967 borders with East Jerusalem as its capital, support the steps taken by the State of Palestine and other countries before the International Criminal Court and support Palestinian, Arab and international efforts in the UN Security Council, General Assembly and other international institutions against any Israeli move toward annexation.