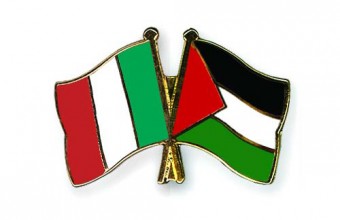 “Italy is worried by the prospect of unilateral annexations by the Israelis of territories in the West Bank and the Jordan Valley. If carried out, this plan would seriously jeopardize any possibility of resuming direct peace talks,” stated Italian Deputy Minister for Foreign Affairs Marina Sereni during the video meeting of the Ad Hoc Liaison Committee (AHLC).

“Italy remains convinced that the only solution than can ensure peace and development in the Middle East is that of two States, negotiated directly by the Parties,” she continued.

She noted that her country, as a longstanding partner of Palestine, and in light of the novel coronavirus crisis, is expected to commit over €25 million to the Palestinian people living in Palestine and the neighboring countries, with about €9 million for strengthening the health services.

She added that Italy was about to approve an €8-million-euro contribution to the World Bank towards the construction of a seawater desalination plant in Gaza with the purpose of fostering sustainable economic growth in Palestine.