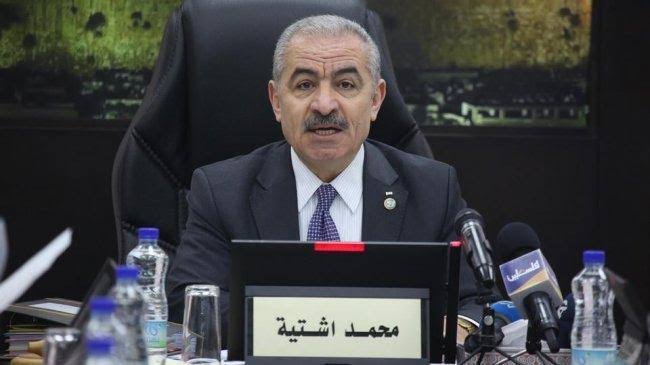 Prime Minister Mohammad Shtayyeh said yesterday that banks operating in Palestine will continue to handle accounts of prisoners despite Israeli threats against the banks.

His statement came after the banks decided to stop handling these accounts after Israel has passed a law in which it would take action against the banks that manage accounts for prisoners serving time in Israel for resisting its occupation.

Israel has already seized millions of dollars from the tax revenues its collects on the behalf of the Palestinian Authority (PA) on goods arriving at its ports and destined to the Palestinian territories which it claimed amount to the sums the PA pays the prisoners and their families every month.

Shtayyeh said that his office has reached an agreement with the banks to freeze their action until a committee established to look into this matter presents its recommendation.

The committee was set up last week and includes the Palestinian Monetary Authority (PMA), the Prisoners’ Affairs Commission, the Association of Banks in Palestine and the Ministry of Finance. It is expected to present its recommendations next week.

The PMA also said in a statement that the decision of the banks’ association regarding closing the accounts of the prisoners last week was done without its knowledge and in violation of its procedures and instructions.

It said the committee established by the Prime Minister has begun its work on assessing the risks facing the accounts of the families of the prisoners and the implications of the Israeli military order on the operating banks.

The PMA also condemned attacks at bank branches in the West Bank following their decision to close the accounts of the prisoners.

It said that this matter should be dealt with wisely in a way to prevent an Israeli seizure of money from the banks as it did in 2004 when soldiers raided several banks and seized money Israel claimed was for organizations it deemed as illegal.