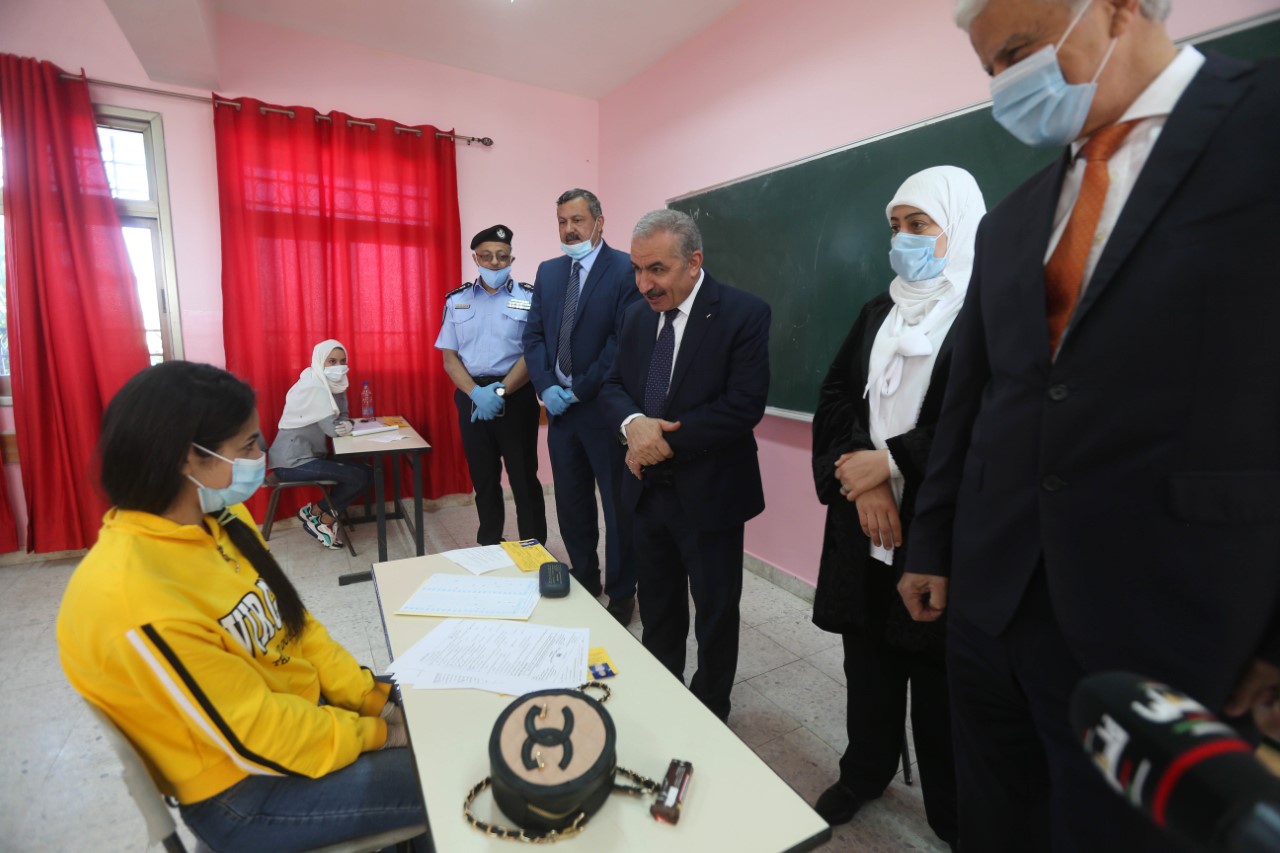 After two months of lockdown due to the coronavirus pandemic that hit the world and closure of all academic institutions, over 78,000 Palestinian high school students started this morning their final matriculation exams known as tawjihi, according to education ministry officials.

They said the 78,400 students in the West Bank, East Jerusalem and the Gaza Strip are sitting for the exams that would allow them to move on to higher education despite the coronavirus scare and with strict precautions to assure the health of the students and teachers.

“These exams are being held in exceptional circumstances,” Prime Minister Mohammad Shtayyeh told students sitting for the exam at a school in a Ramallah-area village.

Shtayyeh along with Minister of Education Marwan Awartani, Ramallah Governor Laila Ghannam and other officials toured several exam halls in the Ramallah area to check on the students and the situation of the exams.

He said he was pleased with the set up for the exams that were held on time despite the early closure of the schools to allow the students to get the grades needed to apply for colleges around the world.

Studies were interrupted in early March after the declaration of a total lockdown in Palestine following the discovery of the first cases of disease in the southern West Bank city of Bethlehem and students did not have a chance to finish the academic year due to the forced closure of all schools to prevent the spread of the pandemic.

Exam halls were sprayed beforehand and students were seated at least two meters apart, along with other procedures as demanded by the Palestinian Ministry of Health such as the requirement to wear face masks that cover their mouth and nose.

Dozens of high school students in areas still infected with the disease were not able to sit for the exam due to a lockdown in their areas, but were told they will have this opportunity at a later date.