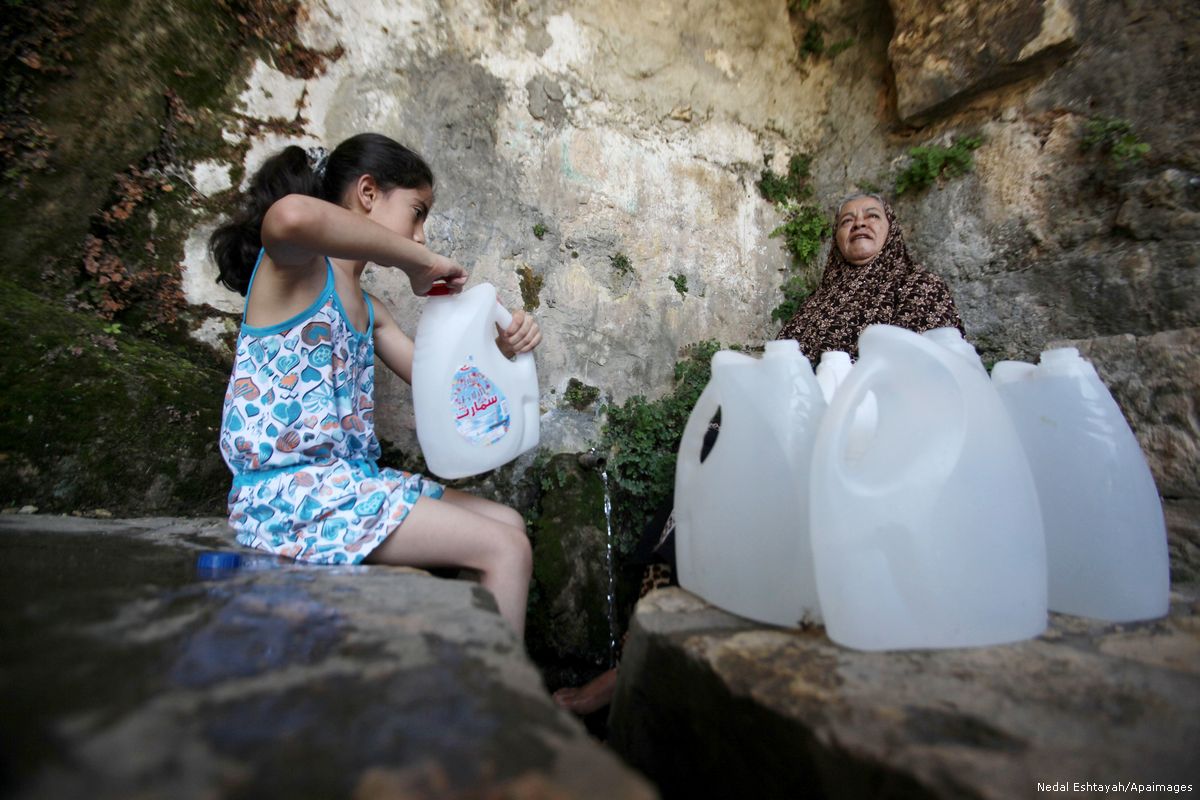 A per capita average of 87 liters per day of water consumption in the West Bank and Gaza Strip is still below the internationally recommended level, said the press release, which is mainly due to the Israeli control over more than 85 percent of the Palestinian water sources.

Palestine mainly relies on water extracted from ground water resources, where its percentage reached 77% of available water, they said, explaining that the main reason behind the low use of surface water is due to the fact that the Israeli occupation prevents Palestinians from accessing and extracting water from the Jordan River, in addition to preventing the Palestinians from using water from valleys.

With scarce water and Israeli restrictions on access to resources, Palestinian cities are forced to purchase water from the Israeli water company, Mekorot. In 2018, they purchased 22% of the water available in Palestine, said the joint press release.

“More than 97% of the water pumped from the coastal aquifer in Gaza Strip does not meet the water quality standards of the World Health Organization,” they warned.

The data, they added, “highlighted and foreseen the possibility of facing of a real catastrophe in Gaza strip, which made the Palestinian Water Authority intensify and increase its efforts to rescue the water situation as well as mitigate the effects of this difficult situation on the daily life of about 2 million persons in Gaza Strip.”

According to 2018 data, Palestine has started producing quantities of desalinated water that is expected to increase in the upcoming years with the start of operating ed quantity desalinated water stations in Gaza Strip; however, these quantities will greatly increase with the implementation of the program of the Central Desalination Station.

Currently, the Palestinian Water Authority and Palestinian Meteorological Department, in cooperation with related local authorities, are implementing a number of programs aiming to monitor and evaluate the effects of the climate change, produce necessary reports in this regards, in addition to preparing required plans to adapt with these effects in the future, concluded the press release.