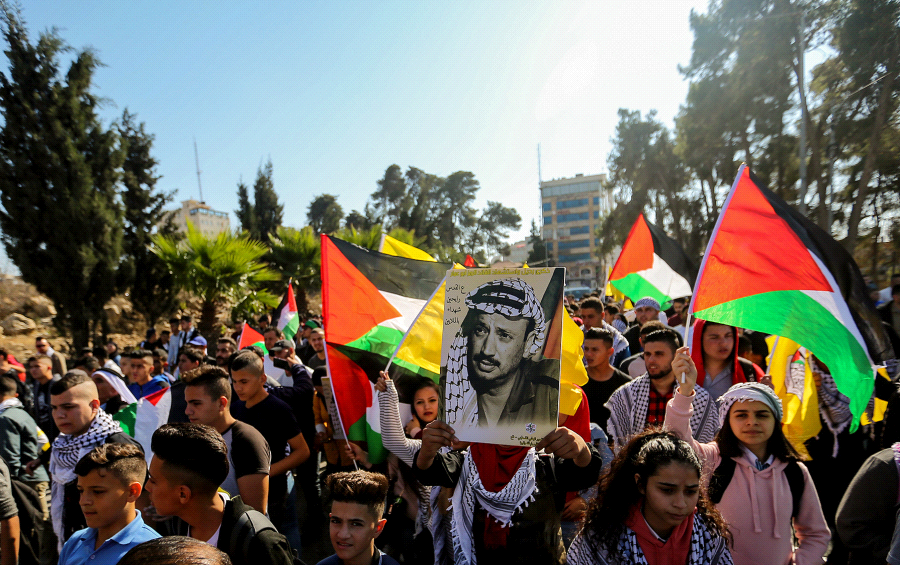 The central event took place at the Arafat Memorial in Ramallah where President Mahmoud Abbas addressed the crowds, praising Arafat who led the Palestinian revolution for the liberation of the homeland from the Israeli occupation.

“Our revolution is a national liberation movement that deserves to be respected. It is going to achieve all its goals and achieve the independent Palestinian state with East Jerusalem as its capital,” said President Abbas.

He criticized the American so-called deal of the century, which he said intends to strip the Palestinians of their rights and dream.

“We will not go back on our rights. It is not a matter of stubbornness or rejection for the sake of rejection. We reject what does not agree with our rights and what our people do not accept,” he said.

President Abbas said, “We agreed to go to legislative then presidential elections,” stressing the importance of holding these elections in Gaza and occupied Jerusalem as well, “without which there will be no elections.”

He expressed hope that everyone will say yes to elections, “because they protect our existence and our cause,” adding, “we are going to elections under all circumstances and then to achieve our hope and dream, which is the independent Palestinian state, self-determination and return to the homeland.”