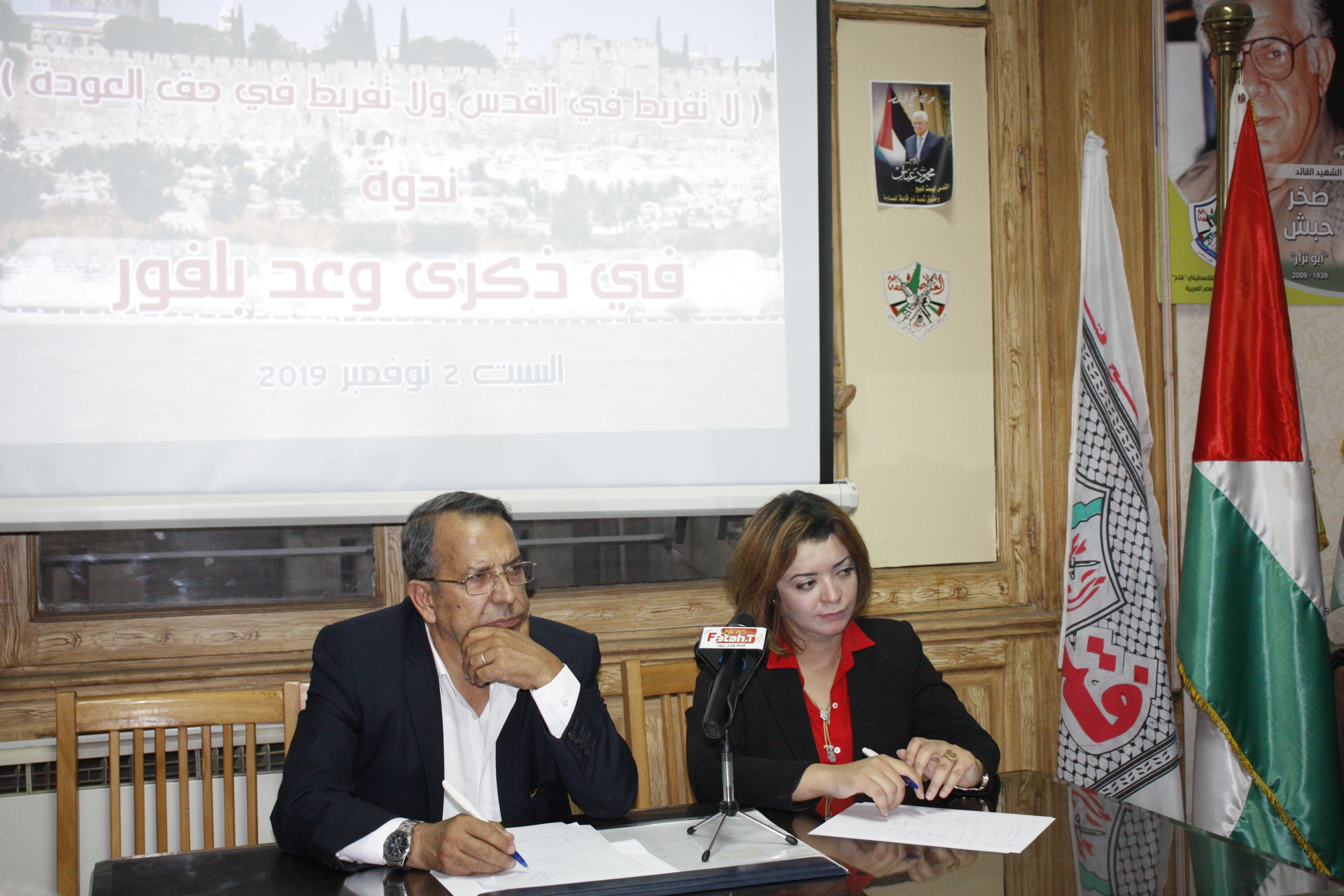 Palestinian National Liberation Movement in Egypt organized on Saturday a political seminar entitled “No to lose Jerusalem, no to lose the right of return” on the 102nd anniversary of the Balfour Declaration, which was conducted by Dr. Mohamed Ghareeb, secretary general of Fatah movement in Egypt and Dr. Hiba Gamal ed-Din, a professor at the Institute of National Planning.

The seminar was attended by a group of Palestinian community in Egypt, representatives of the Palestinian Popular Unions and cadres of Fatah in Egypt, at Fatah headquarter in Cairo.

The seminar was opened by Dr. Ghareeb who stressed that marking of this anniversary is inevitable to remember this ‘ominous’ declaration that resulted in the eradicate of a homeland and the displacement of a people, pointing out that there is nothing worse than this declaration which established a national homeland to the Jews in Palestine.

Dr. Ghareeb reviewed the events of more than a hundred years before the Balfour Declaration, which paved the way for this declaration , and its repercussions and consequences, stressing that the instability in the region and the world will continue as long as there is no stability in Palestine and as long as the independent state of Palestine was not established.

For her part, Dr. Heba said that since the sixteenth century and Israel is striving to establish a Jewish national homeland on the historic land of Palestine, and the cause of the Palestinian-Israeli conflict is the central issue of the region, it’s linked to the Arab renaissance. It also shows the West’s bias towards Israel, as in the so-called ” deal of the century”. pointing out that the Zionist view is that there is no Arab nationalism as in the concept of the European city and the Arabs are just tribes.

It is worth mentioning that the seminar included a number of questions about the reality of the Palestinian cause and the internal situation of Palestine and Arab. 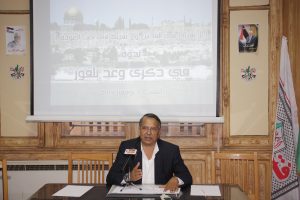 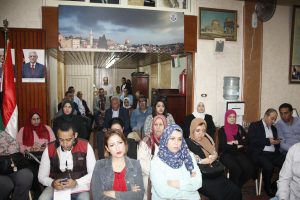 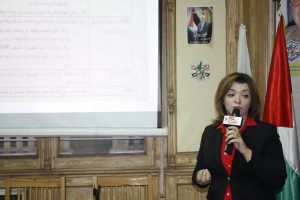 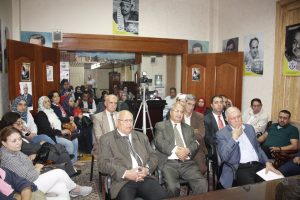