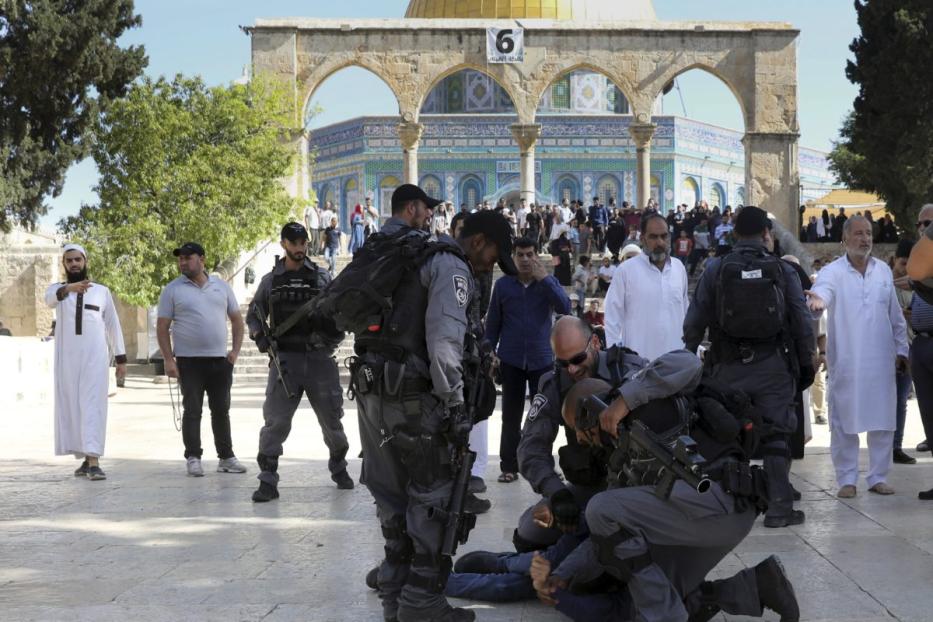 Police checked identity papers of Palestinians entering the walled holy compound to perform the daily prayer and worship while forcing those at Bab al-Rahma prayer area in the compound away from the site to allow unhindered visits by dozens of Jewish fanatics, including a cabinet minister and an extremist rabbi.

Officials said the fanatics even held Jewish rituals at the location in violation of visitation rule for non-Muslims.

Visits by fanatics who advocate destroying the Muslim mosques and replacing them with Jewish temples usually increase during Jewish holidays. Police accompany the fanatics on their tour while forcing Muslims to stay away from their path, which includes Bab al-Rahma, known also as the Golden Gate.

Meanwhile, the Palestinian Authority’s Religious Affairs and Waqf Ministry strongly denounced the rise in incursions and violation of the sanctity of Al-Aqsa Mosque by Jewish fanatics, which it warned aim at turning it into a Jewish area.