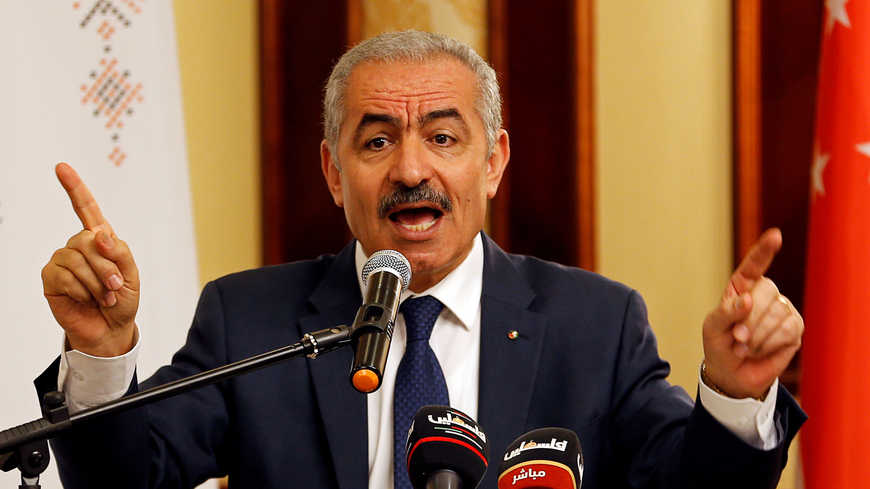 Government ready to hold elections once a presidential decree is issued

Prime Minister Mohammad Shtayyeh said today that his government is ready to hold general elections in Palestine once a presidential decree is issued on this matter.

Speaking at the start of the weekly cabinet meeting held in Ramallah, Shtayyeh also said that a ministerial delegation is going to travel to Cairo to discuss economic cooperation.

Shtayyeh said that the government will be ready to implement the decision President Mahmoud Abbas has made on elections at the United Nations General Assembly in New York once a decree is issued.

He stressed that President Abbas will ask the president of the Central Election Commission, Hanna Nasser, to go to the Gaza Strip to begin consultation on elections.

Shtayyeh said Israel is still deducting money from the Palestinian tax revenues it collects on the Palestinian behalf. “We called on the world countries to intervene to stop these illegal measures and demanded to scrutinize these deductions,” he said.

He praised the Palestinian people for their patience and understanding of the financial situation of the Palestinian Authority (PA), pointing out that the Ministry of Finance is going to issue tomorrow a statement on the September salary of the government employees.

Last month, the government paid its employees 60% of their monthly salary plus the remainder of the February salary when the Ministry of Finance started to pay only half salary following Israel’s decision to deduct allowances allocated to Palestinian martyrs and prisoner from the clearance tax revenues and the PA’s decision not to accept the money if incomplete.

Shtayyeh thanked Saudi Arabia, Kuwait, Algeria and Qatar for their support for the Palestinian people and the $50 million support provided by Al-Aqsa and Al-Quds Funds during its 76th annual meeting held yesterday in Jeddah, Saudi Arabia, to implement development projects in Palestine.

He said the United States, and for the first time since 1994, did not attend the Ad Hoc Liaison Committee meetings held in New York and has actually tried to cancel the meeting altogether and replace it with another platform if it was not for the international community and the Swedish presidency of the meeting that stood firm against this.

Regarding the United Nations Relief and Works Agency for Palestine Refugees (UNRWA), the Prime Minister said that all those present in the meeting held on UNRWA stressed the need to  extend its mandate for the next three years and to provide it with the necessary funds to allow it to continue serving its five million registered Palestine refugees, urging speeding up the investigation into corruption allegations in the international agency in order to inject new funds into it.