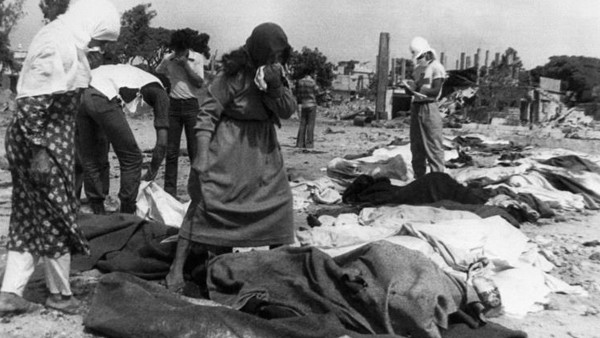 Posted By: Ebtehal Mohamedon: October 15, 2019In: on this day
Print Email

15/10/1953: Massacre of Qibya: Located west of Jerusalem and close to the armistice line in the West Bank. The massacre was carried out by the (101) Division led by Arbel Sharon. The village was completely encircled and shelled with artillery. The killers then fired on the National Guard force after limited resistance from the residents, reaping them with bullets and blowing up their houses. As a result, 69 were martyred including women, children and the elderly. 41 houses were blown up, the village mosque and water tank were destroyed.

Some families were completely killed like Abdel Moneim Kadous family (12 persons). On 25/11/1987, after the massacre (31) years, two Fidaaes ( did Qibya operation) killing (6) of the Zionists then martyred.