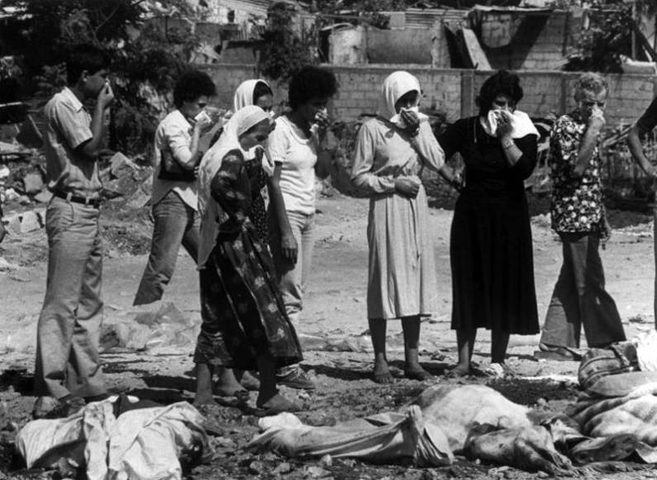 The Massacre at Baldat al-Shaikh

On the night of January 30-31, 1947, a mixed force composed of the First Battalion of Palmakh and the Haghanna (estimated at approximately 150 to 200 Zionist terrorists) launched a raid against Baldat Al Sheikh town under the leadership of Hayim Afinu’am.
They focused their attack on the outskirts of Baldat al-Shaikh and Hawasa. Taking the outlying homes by surprise as their inhabitants slept, they pelted them with hand grenades, then went inside, firing their machine guns.
The attack lasted for an hour, after which the Zionists withdrew at 2:00 a.m., having attacked a large number of noncombatant homes, which left over 600 Palestinian martyr dead in their houses!
The coward Zionist gangs didn’t get enough, they seized the village and settled in it and called it “Tel Gnan” in 1949. 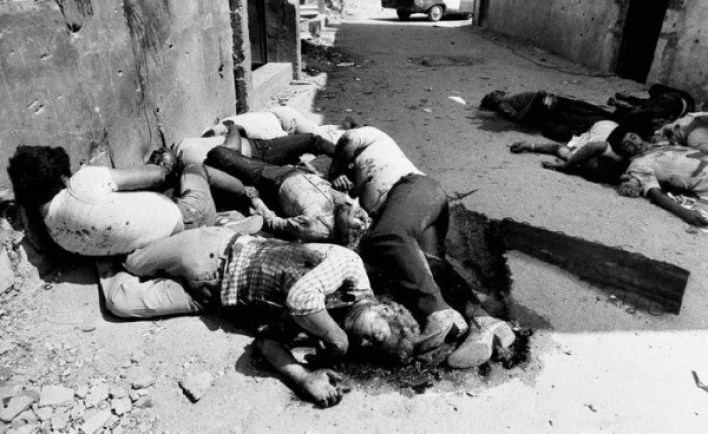