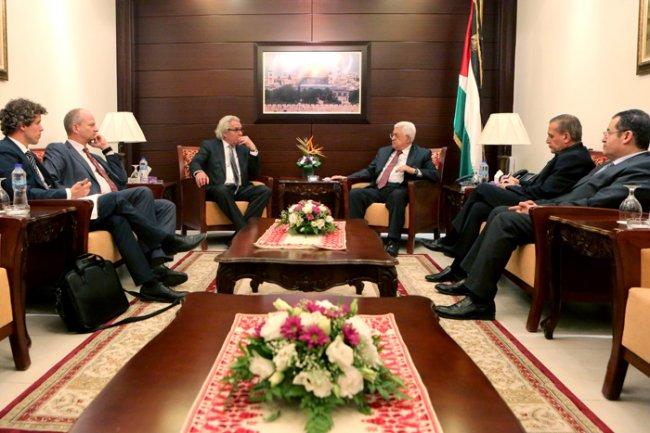 The President briefed his guest on the latest developments in the Palestinian territories and the Israeli and American measures aimed at undermining peace based on the principle of the two-state solution.

He affirmed the Palestinian commitment to achieving a just and lasting peace in accordance with international resolutions and international law while rejecting any projects or plans that do not adhere to the foundations of the peace process, namely to end the Israeli occupation and achieve peace based on the principle of the two-state solution to establish the independent Palestinian state with East Jerusalem as its capital on the 1967 borders.

He expressed his gratitude and appreciation to Norway for its political positions in support of international law and legality and its efforts to mobilize international financial support through its leadership of the international Ad Hoc Liaison Committee of donor countries.

For his part, the Norwegian envoy stressed his country’s commitment to achieving peace in accordance with the United Nations resolutions based on the principle of the two-state solution, in addition to continuing the role entrusted to it to mobilize financial support from donor countries to build Palestinian institutions.