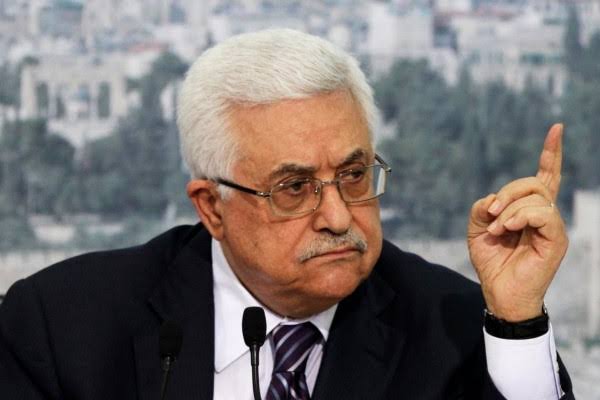 President Mahmoud Abbas met early today with members of the Palestinian community in the United States on the sidelines of the 74th session of the UN General Assembly in New York.

The president briefed the community on the latest developments in the Palestinian territories, the latest political developments in light of the stalled political process, the aggressive practices carried out by the Israeli occupation against the Palestinian people, land, and Christian and Muslim holy sites, the ongoing settlement construction, the American decisions which he stressed are destroying the peace process, including its recognition of Jerusalem as capital of Israel, moving its embassy there, and cutting aid to  the United Nations Relief and Works Agency for Palestine Refugees (UNRWA).

He affirmed the Palestinian position rejecting the US dictation policy and decisions which he stressed are completely biased toward the Israeli side.

Abbas said that the Palestinian side seeks to achieve a just and lasting peace based on UN resolutions and leading to the establishment of an independent state of Palestine within the 1967 borders and with East Jerusalem as its capital.

He stressed that contacts with the American administration is still pending until it respects UN resolution and changes its positions toward our just issue.

Regarding relations with Israel, president Abbas stressed that the Israeli government continues to undermine any chances to achieve a just peace based on international law and UN resolutions; through its continued settlement policy, incursions, arrests, seizure of land, and withholding of Palestinian tax revenues. “We will not accept any deduction from the salaries of our martyrs, prisoners, and the wounded.”

He said that all agreements signed under international auspices will end if Israel implemented its announced plans to annex parts of the occupied West Bank land.

Precedent Abbas also met with his Egyptian counterpart Abdul-Fattah el-Sisi, where they discussed the latest developments in the Middle East, particularly in Palestine, in light of the dangers facing the Palestinian issue.

They stressed the importance of strengthening the bilateral relations between the two countries and peoples.