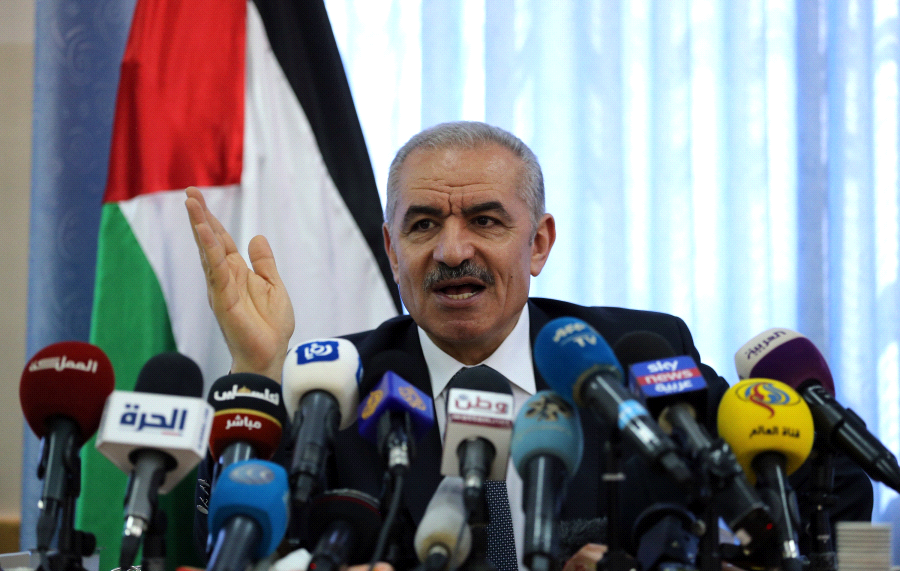 With the Palestinian cabinet holding its weekly meeting today in the village of Fasayel in the northern Jordan Valley, Prime Minister Mohammad Shtayyeh affirmed that the Jordan Valley and the northern Dead Sea are integral part of the geography of Palestine and therefore talk about annexing it to Israel is null and void.

“The Cabinet is meeting today in the Jordan Valley not to condemn or denounce, but to be present among our people to strengthen their resilience on issues related to raising livestock, building water tanks and rehabilitation of the Roman pond, which will feed more than 3500 dunums of Fasayel,” he said.

“The area of the Palestinian valleys is 1622 square kilometers and constitutes 28% of the area of the West Bank,” he said. ”Talk about the annexation of the Jordan Valley is null. The Palestinian is here before the (Israeli) settler and the settlers are here illegally. Talk about annexing the Jordan Valley is null and void and condemned by all parties. It is intended to win electoral votes.”

“We will keep this fight against the occupation on the ground and in various international forums,” he said.

“The Jordan Valley is a major component of the Palestinian landscape,” he said. “It is part of our integrated and congruent Palestinian state. The government will take the decisions that support the steadfastness of our people here.”