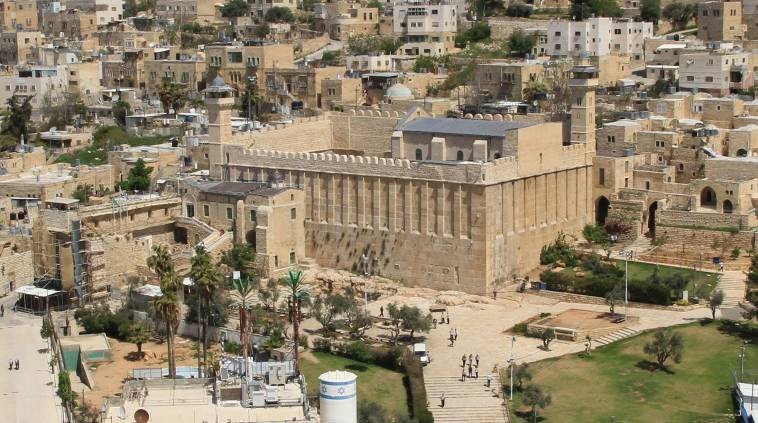 Spokesman for President Mahmoud Abbas, Nabil Abu Rudeineh, said that Israeli President Reuven Rivlin and Prime Minister Benjamin Netanyahu’s breaking into the southern occupied West Bank of Hebron constitutes a serious escalation and a provocation of the Muslims’ feelings.
He said that such a move comes in the context of continued attacks on Christian and Muslim holy sites, whether in occupied Jerusalem or Hebron.
He warned of the dangerous repercussions of this Israeli incursion carried out by Netanyahu to win the election.
He stressed the urgent need for the international community to intervene, particularly the United Nations Educational, Scientific and Cultural Organization (UNESCO), and put an end to the Israeli violations against Hebron and al-Ibrahimi mosque.
Furthermore, Hanan Ashrawi, member of the Executive Committee of the Palestine Liberation Organization (PLO), said the Israeli President and Prime Minister’s provocative ‘visit’ to Hebron City is an irresponsible and offensive attempt to pander to the most extreme and racist elements of the settler movement.
The intolerable reality of segregation, racial discrimination, daily harassment, and oppression imposed on the Palestinian population in Hebron are maintained by the policies and racist illegal policies Netanyahu wants to perpetuate and promote against the Palestinian people across the occupied Palestinians Territory, including Jerusalem, Ahrawi said in a statement.
The Palestinian leadership condemns this inflammatory action and considers it a wilful declaration of hostility against the Palestinian people and their basic right to life in dignity and freedom as well as our inalienable right to self-determination, said the statement.
Hebron’s Old City, including the Ibrahimi Mosque, is a World Heritage site under threat, as affirmed by UNESCO since 2017, she said.