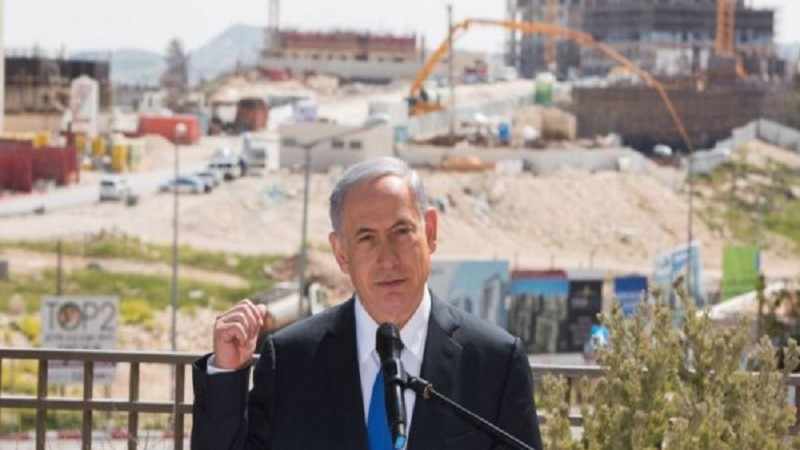 Jamal Sa’afin, an activist with the Israeli human rights group B’Tselem, confirmed that Israeli forces tightened restrictions in Hebron’s old city, closing Palestinian stores along the area from al-Salaymeh to Tel Rumeida besides to Wadi al-Husayn and Jaber neighborhoods.

He added that soldier ordered Palestinian students out of their schools in the old city, including Qurtuba School purportedly in preparation for the visit.

Netanyahu is set to deliver a speech at the Ibrahimi Mosque, which Jews refer to as the Cave of the Patriarchs, to commemorate the 90th anniversary of the 1919 al-Buraq Uprising.

The city of Hebron, which houses the Ibrahimi Mosque, is home to roughly 160,000 Palestinian Muslims and about 800 notoriously aggressive Israeli settlers who live in compounds heavily guarded by Israeli troops.

Palestinians of the city face a large Israeli military presence on a daily basis with at least 32 permanent and partial checkpoints set up at the entrances of many streets.

Since the 1994 Ibrahimi Mosque massacre that claimed the lives of 29 Palestinians, Palestinians have not been allowed to access the main al-Shuhada Street and have had their homes and shops on the street welded shut. Meanwhile, Israeli settlers move freely on the street, drive cars and carry machine guns.

Israel has expelled the only international monitors protecting Hebron’s Palestinians from 800 heavily guarded settlers, one of whom committed the 1994 massacre that triggered their deployment.