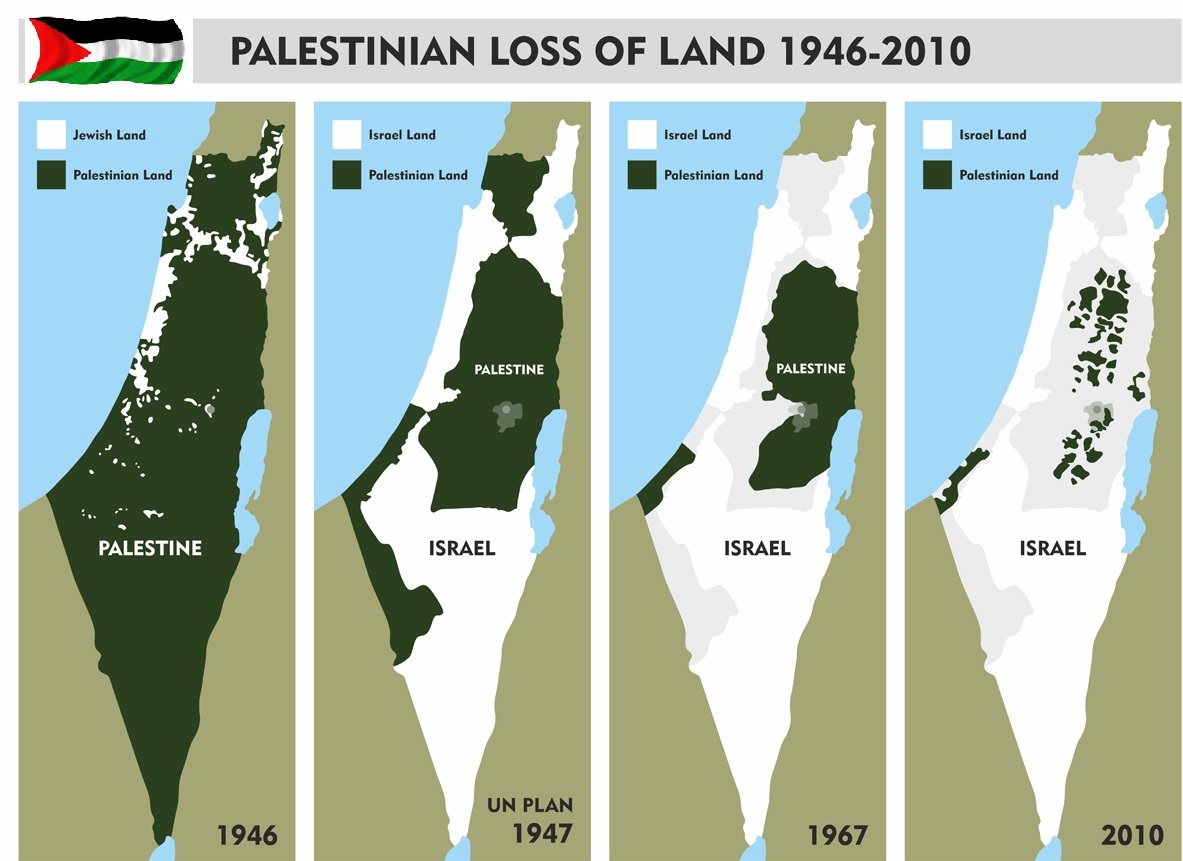 The June 4, 1967 border, also known as green line, is the internationally recognized border between the occupied Palestinian territory (i.e. West Bank, including East Jerusalem, and Gaza Strip) and the State of Israel. The occupied Palestinian territory (opt) represents an area equivalent to 22 percent of historic Palestine. The boundaries of the opt were established through the signing of armistice agreements between Egypt and Jordan on the one hand, and Israel, on the other, following the war of 1948, and the subsequent creation of the State of Israel on 78 percent of historic Palestine.

Israel has no valid claim to any part of the West Bank or Gaza Strip. However, in the interest of peace, we have been willing to discuss minor, equitable, and mutually-agreed territorial exchanges and border modifications should we decide that it is in our interest to do so.

East Jerusalem is an integral part of the occupied Palestinian territory. It is part and parcel of the West Bank, no different from Hebron or Nablus.

For centuries, Jerusalem has been the political, administrative, cultural and religious center of Palestine.  Metropolitan East Jerusalem – an area extending from Ramallah to Bethlehem – has for long been the driving force of the Palestinian economy.  Without East Jerusalem, there can be no economically and politically viable Palestinian state.

United Nations Security Council (UNSC) Resolution 242 emphasized the “inadmissibility of the acquisition of territory by war” and called for the withdrawal of Israeli forces from territories occupied during the June 1967 War.

The International Court of Justice, in its July 9, 2004 Advisory Opinion, concluded that Israel in breach of international law as an occupying power by building its Wall and settlements inside the OPT.

Numerous UN Security council resolutions, including 2334, 446, 452, 465, 471 and 476, considered the settlements as having “no legal validity” under the Fourth Geneva Convention.