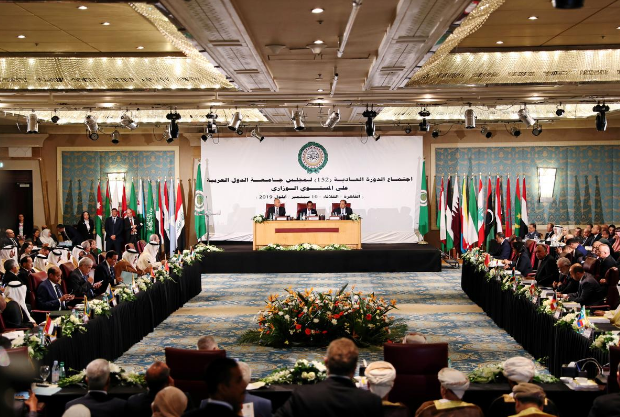 Arab foreign ministers strongly condemned a plan by Israeli Prime Minister Benjamin Netanyahu on his intention to annex parts from the occupied West Bank in 1967.

The Arab League “considers his announcement a dangerous development and a new Israeli aggression by declaring the intention to violate the international law, and the UN Charter” Arab foreign ministers said in a statement after an emergency meeting in Cairo.

In a statement, the ministers said that they will follow up these new statements, noting that they would get prepared to take all legal and political actions to deal with Israel’s unilateral Israeli declarations, which would fuel the conflict and violence in the region and the world.

The ministers held Israel responsible for the consequences Netanyahu’s statements, expressing adherence to supporting the legitimate and inalienable rights of the Palestinian people, including the right to self-determination and the establishment of an independent Palestinian state on the borders of June 4, 1967, with East Jerusalem as its capital.

Israeli Prime Minister Netanyahu announced today that he would annex the Jordan Valley, the northern Dead Sea and a number of settlements if he wins upcoming Israeli elections.