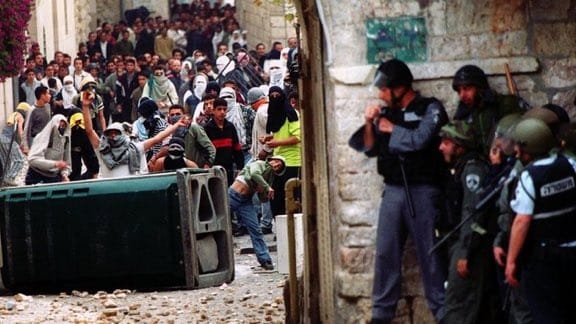 19th anniversary of the second intifada, the memory lives on

September 28 2000, marked the 19th anniversary of former Israeli Prime Minister Ariel Sharon’s provocative visit to the AL-Aqsa Mosque in occupied East Jerusalem with hundreds of Israeli police, that caused the eruption of the al-Aqsa Intifada, At the time, Sharon toured Al-Aqsa Mosques, said it will remain an Israeli area.

Palestinians clashed with the Israeli forces providing protection to Sharon and his entourage resulting in dozens of injuries among the Palestinians and Israeli police.

The provocative visit came on a Thursday, and the next day was Friday, when thousands of Muslims usually attend the Friday prayer at Al-Aqsa Mosque, Islam’s third holiest site.

The Israeli police was present in full force in Jerusalem and particularly its Old City and Al-Aqsa Mosque. Their presence provoked the worshippers, and eventually resulted in serious confrontations during which the police was set at using lethal force against the worshippers killing six and wounding hundreds others.

Angry at the killings in Jerusalem, protests broke out the next day in all the occupied Palestinian territories. On this day, Israeli forces killed 13 protesters and injured over 600 others, and the day after they killed another 10 and wounded hundreds others.

This bloody scene spread to even the Palestinians in Israel, who came out on October 1 to protest the Israeli killing of dozens of their fellow Palestinians in the occupied territories. Israeli police reacted violently to the protests and shot dead 13 Palestinian citizens of Israel over the next few days.

With the large number of killings, the intifada took a more violent course as guns were used for the first time since the start of the peace process in the early 1990s and Israel, headed by Ariel Sharon, used warplanes to assassinate Palestinian fighters and leaders and destroy Palestinian buildings, while Palestinians resorted to suicide attacks inside Israel.

As a result, Israel reoccupied the Palestinian cities in the West Bank starting 2002, most prominently Ramallah, the base of the Palestinian Authority and its leader Yasser Arafat, who came under siege in his headquarters until his death in November 2004. It built the infamous separation wall that destroyed thousands of dunums of agricultural Palestinian lands and erected road blocks everywhere.

he Palestinian child, Mohammed al-Durra, is a symbol of the second intifada, who dead while he was with his father hiding behind cement barrel on Salah al-Din Street south of Gaza City, international media coverage caught the crime.

The martyrdom of the child Al-Durra aroused the anger feelings of Palestinians everywhere, prompting them to go out in angry demonstrations, and the occurrence of confrontations with the occupation army, which resulted in the death and injury of dozens of the them.

The intifada went on until 2005, when it ended with a renewed hope for revival of the peace process under the new leadership of President Mahmoud Abbas but not before it claimed the lives of thousands of Palestinians and the heavy destruction of their cities and institutions. 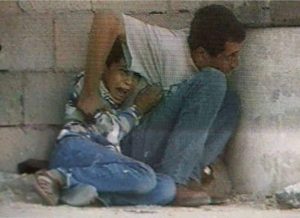