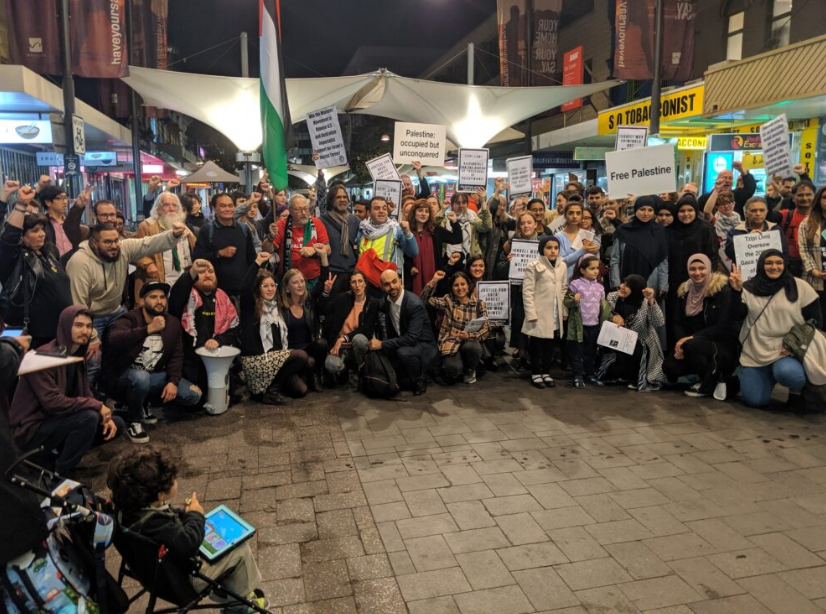 Standing in solidarity with the Palestinian people in Sydney

Hundreds of members of the Arab and Palestinian community in the Australian capital Sydney, along with Australian activists marched outside Moriah College last night to oppose the visit of former Israeli deputy prime minister Tzipi Livni.

The rally – organised by the Palestine Action Group Sydney – saw protesters chanting “From the river to the sea, Palestine will be free” in Bondi Junction’s Oxford Street Mall, before marching to Moriah College, where Livni’s address was being held.

Protesters held placards with the words “Tzipi Livni you can’t hide, you’re supporting genocide”, as well as signs calling to “end Israeli apartheid” and “end the blockade of Gaza” 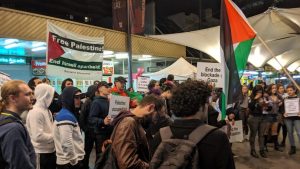