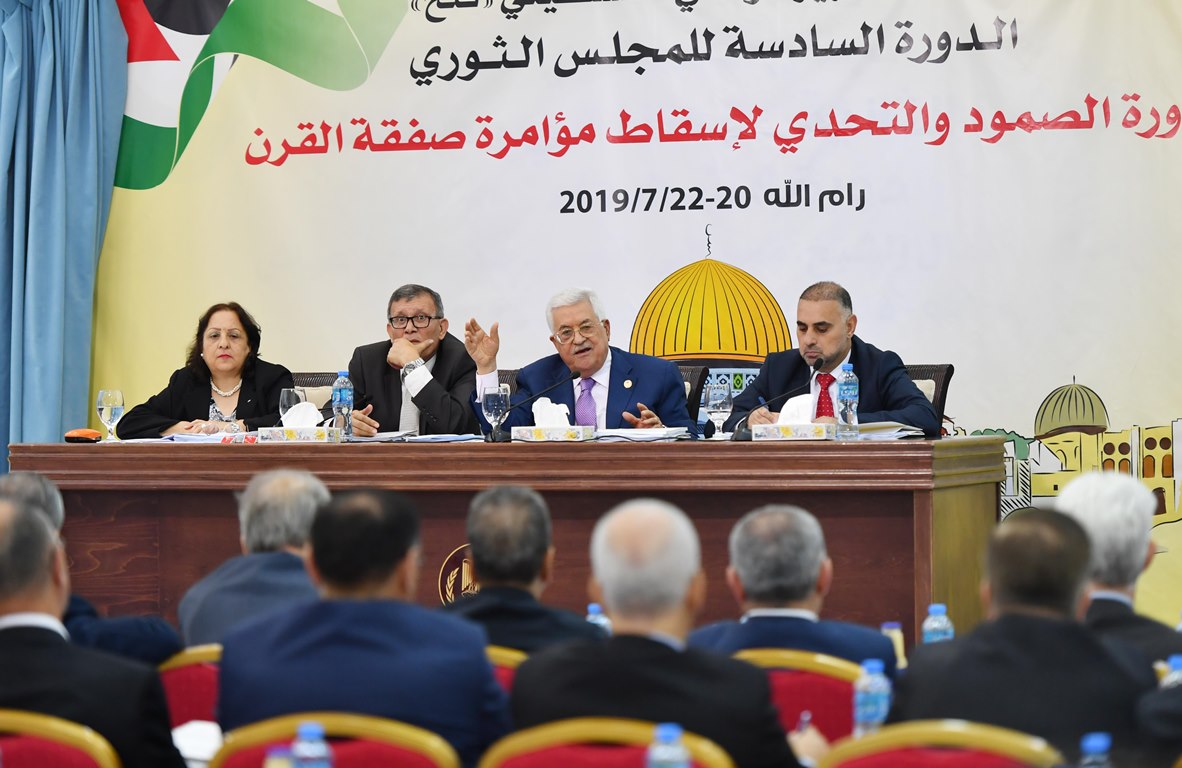 The president Reiterated during the meeting ” Our position has not changed, we will not accept the Deal of the Century nor the Manama workshop recently held in Bahrain.”

Commenting on Israel’s withholding of the Palestinian tax revenue, Abbas said the Palestinian leadership will not accept the money transfers made by Israel if it was not paid in full.

He also condemned the recent Israeli excavations in the Old City of Jerusalem, saying “the excavations taking place in the occupied city of Jerusalem are a very serious issue, and we must not allow the Israelis to continue to tamper with the eternal capital of Palestine.”

President Abbas said that at the meeting of the Fatah Revolutionary Council, recent events in Lebanon would be discussed, among other issues, after the decisions of the Minister of Labor of that country against companies that hiring Palestinian workers.

” We do not want any tensions or escalation with Lebanon, and we want to foil any attempt by anyone who wants to destroy the excellent relations between us and our brothers in Lebanon,” he explained.