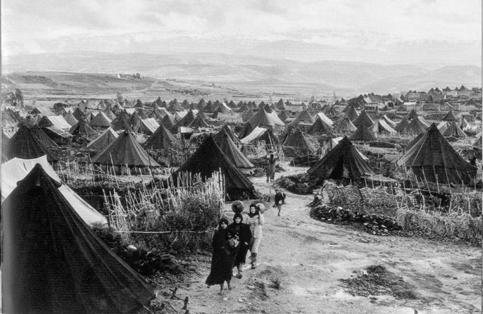 The Right of Return

It’s an unprecedented catastrophe that a whole population was uprooted and robbed of their land and property. There is no precedent in modern history to the case of a foreign minority destroying the fabric of the indigenous majority, occupying their land and expelling them out of their homes. The number of expelled people was from 800 thousand up to 1 Million. Most of them now are refugees in the “Diaspora”. They live in Camps in “West bank, Gaza, Jordan, Lebanon and Syria”. This is of course besides who live all around the world like Egypt, Iraq and some European countries. This crime has no equal by any standards. The international community, which recommended the partition of Palestine, felt a deep sense of responsibility for this tragedy. Count Folke Bernadotte, the UN Mediator, stated:
“It would be an offence against the principles of elemental justice if these innocent victims of the conflict were denied the right to return to their homes, while Jewish immigrants flow into Palestine, and, indeed, at least offer the threat of permanent replacement of the Arab refugees who had been rooted in the land for centuries. II”.

There are three aspects to the Right of Return which make it compelling and inevitable.
First, the will and determination of the Palestinians. To them, the Right of Return is sacred. In spite of being dismembered and dispersed in the four corners of the earth, they maintained a monolithic structure, based on the family and the village. They intermarry across countries on a family or a neighborhood basis. A grandchild of a 1948 refugee identifies himself as belonging to his original village. On the national level, societies or syndicates for professions, trades, women, students, creative artists and others, representing the Palestinian people, have been functioning in many countries.Second, the Right of Return has a solid legal basis. To begin with, neither the Balfour Declaration of 1917, the UN Partition Plan of 1947, nor Armistice Agreements of 1949, are binding on the Palestinians. They were not a party to them. None of these can grant them any new rights or deprive them of their basic rights. In recognition of the rights of the Palestinians, the United Nations adopted Resolution 194 on December 11, 1948. Paragraph 11 states: 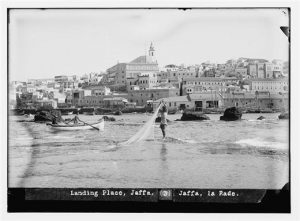 “(The General Assembly)… resolves that the refugees wishing to return to their homes and live at peace with their neighbors should be permitted to do so at the earliest practicable date, and that compensation should be paid for the property of those choosing not to return and for loss of, or damage to, property which, under principles of international law or in equity, should be made good by the governments or authorities responsible.”

This Resolution was affirmed practically every year since. It has a universal consensus. Exceptions are Israel and lately the U.S.Some notes on this Resolution may be in order. The option of return is left to the refugees themselves. If they decide to return, they should be permitted to do so, not hindered or stopped. Doing so will be an act of aggression which deserves condemnation and/or action by the Security Council. The refugees should return at the earliest practicable date, which is the cessation of hostilities, i.e. in the period from February 1949 upon signing the Armistice Agreement with Egypt to July 1949 upon signing it with Syria. The delay of the refugees’ return from this date is a continuous violation of the Right of Return. The liability for this violation and its consequences remain with the Israelis.
Those who choose to return are also entitled to compensation for loss of and damage to their property whether gardens, houses, workshops, shops or personal belongings. Restitution of their land, homes and property (restoration to original owner) should be made. Thus, they have the Right of Return plus compensation. Those who do not wish to return are entitled to compensation for their land as well their other property. The short reference to the Right of Return as return or compensation is therefore misleading. The compensation includes the exploitation of their property for 50 years, and the anguish they have suffered for this period, in accordance with the procedures adopted in the case of Nazi victims. 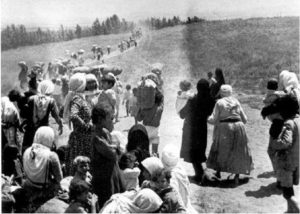 The liability for compensation extends to the governments or authorities responsible. These include the Provisional Government of Israel in 1948, the consecutive Governments of Israel, the Jewish Agency, the Haganah, the Irgun and Stern gangs, the Jewish National Fund and others in Israel and abroad.
The Right of Return does not derive its validity merely from UN Resolutions. Article 13 of the Universal Declaration of Human Rights asserts the right of every individual to leave and return to his country.
The Right of Return to one’s home is so basic that it has been stated in Magna Carta (Ch. 42) in 1215. The Geneva Civilian Convention of 1949 prohibits “individual or mass forcible transfers …regardless of motive. In the words of an authority on the subject, Mallison states that the advantage of effective prohibition is that it would make it unnecessary to exercise the right of return”. 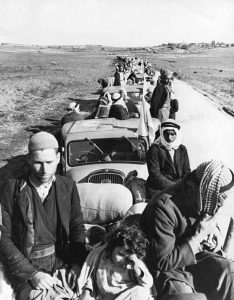 The Principle of Self Determination guarantees, inter alia, the right of ownership and domicile in one’s own country. This principle was adopted by the UN in 1947. In 1969 and thereafter, it was explicitly applied to the Palestini

an People, including the legality of the Peoples struggle for Self-Determination and Liberation. Resolution 3236 adopted by

UN on November 22, 1974 is one of the most fundamental actions taken by this international body to reaffirm the inalienable rights of the Palestinians to return to their homes and property from which they have been displaced and uprooted and calls for their return.

It is a principle of international law that occupation does not confer sovereignty on the land, due to the inadmissibility of conquest. Neither occupation, nor sovereignty diminish the right of private ownership. When the Ottomans surrendered their sovereignty to the Allies in 1920, Palestinian ownership of their land was maintained. Private ownership was also respected by the mandate government. Thus, the land and property of the refugees, although now administered by Israel, remains their own, regardless of the applicable sovereignty and the passage of time, and they are entitled to return to it.