April 5th marks Palestinian Child’s Day, it is not celebration rather it is a day highlighting the horrific treatment of Palestinian children by the occupying Israeli authorities.

On this day in 1995, President Yasser Arafat abided by the Convention on the Rights of the Child and dedicated the day as the Palestinian Child’s Day.

In a statement released Thursday, the Commission of Detainees Affairs said that the Israeli army have abducted and imprisoned nearly 10.000 Palestinian children since the Al-Aqsa Intifada started in late September of the year 2000, facing various types of violations and oppression, abused basic rights guaranteed by International Law and all related human rights resolutions, hundreds of detained children reached adulthood while in prison.

Over the last four years, Israel passed strict laws on the imprisoned children, including the child can be sentenced to up to 20 years in prison, after the uprising of October 2015, the number of detained children has reached more than 400 in some months, which is the highest number of imprisoned children since February of 2009,  the Commission of Detainees Affairs added.

500-700 Palestinian children, between the ages of 12 and 17, are abducted by Israeli soldiers every year, and they are interrogated, and tortured, the committee revealed

There are 250 children held in Israeli jails, and 11 killed by Israeli soldiers since the beginning of this year.

Meanwhile, Access to education is difficult for children who live in refugee camps and villages that do not have a school.

According to a 2013 UNICEF study, more than 2,500 children within educated communities travel through at least one checkpoint per day to go to school. 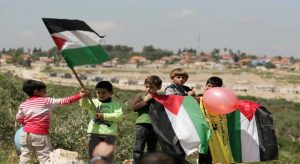