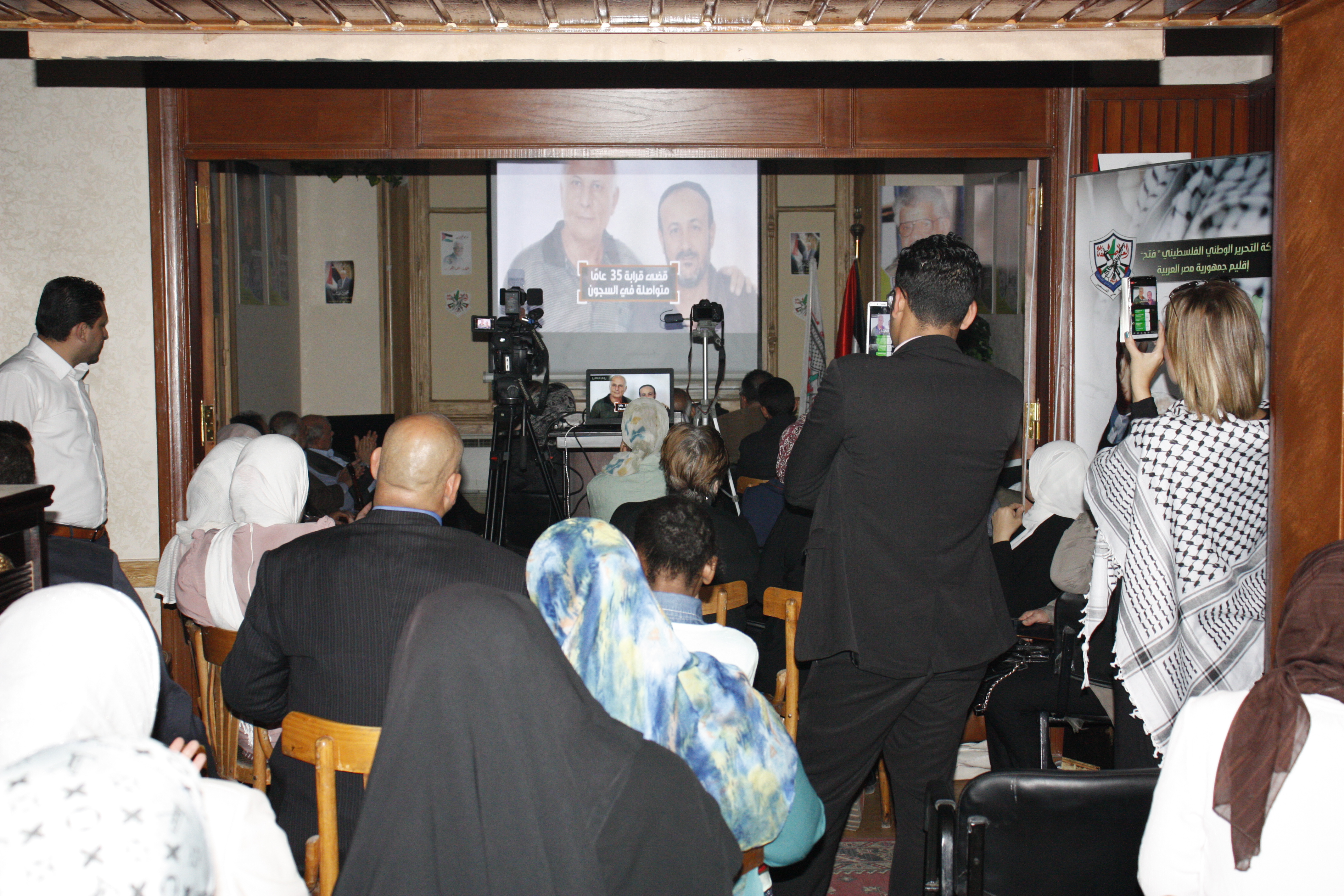 The seminar was opened with welcoming remark from Dr. Mohamed Ghareeb Secretary-General of Fatah movement in Egypt who said “Today, We are marking the anniversary of Palestinian prisoner’s day, which is a symbol of dignity, sacrifice, and freedom”.

” I greet you all, from Cairo, the Arab heart, and I would like to say the dawn of freedom will come, freedom will be for our brave prisoners and our Palestinian people who hope to establish an independent Palestinian state with East Jerusalem as its capital, by the leadership of the PLO and President Mahmoud Abbas.” Dr. Ghareeb concluded.

The seminar included a documentary about inhumane treatment of detainees in Israeli jails and Palestinian songs by Palestinian artist Abeer Sansour. 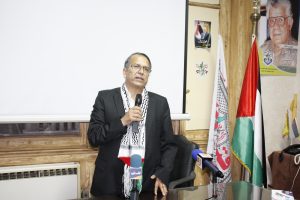 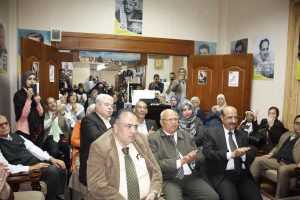 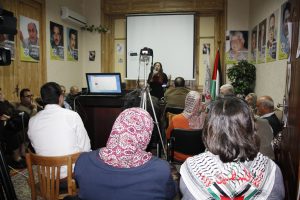 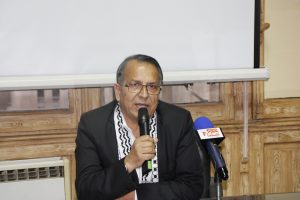