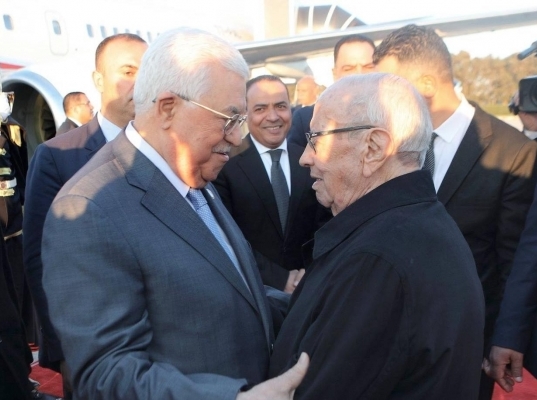 TUNIS, Saturday, March 30, 2019 (WAFA) – President Mahmoud Abbas arrived on Saturday evening in the Tunisian capital of Tunis ahead of the 30th meeting of the Arab Summit scheduled for Sunday.

The President was received by his Tunisian counterpart Beji Caid Essebsi and the Secretary General of the Arab League, Ahmed Aboul Gheit.